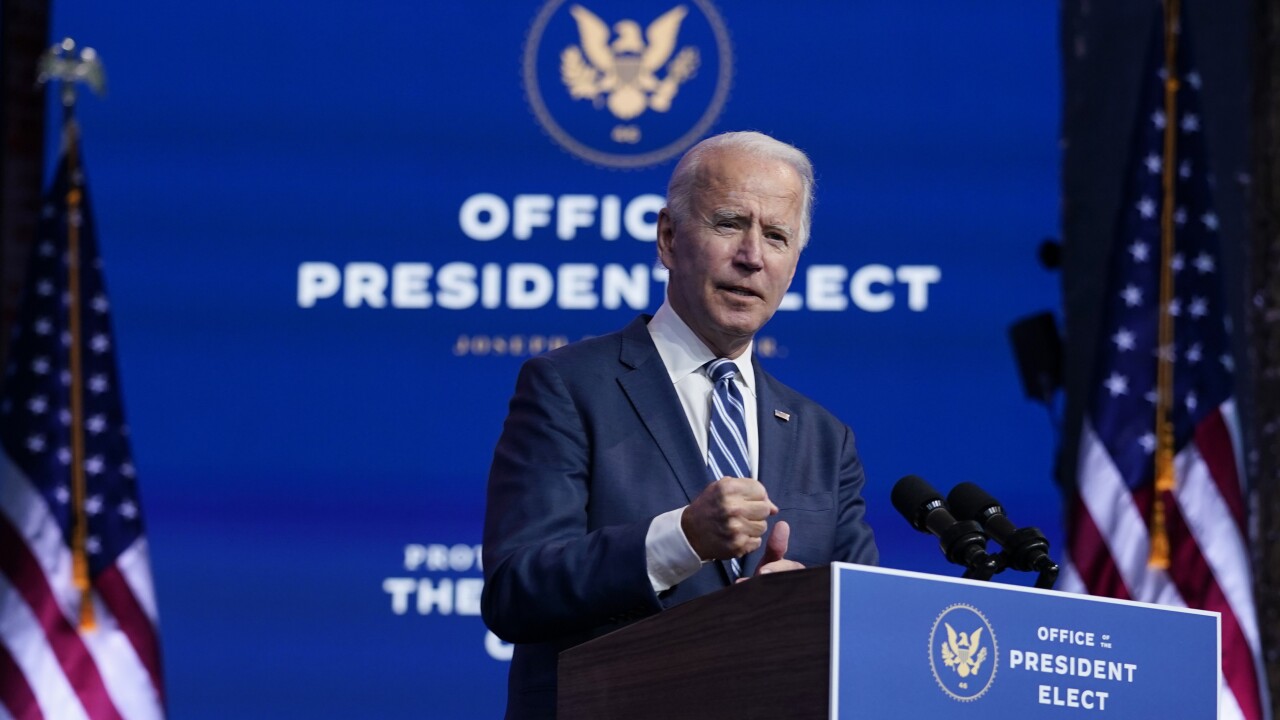 This comes after the election left many Democrats feeling they came up short — failing to take outright control of the Senate and losing House seats.

The Progressive Change Campaign Committee and about 40 activist groups from the party’s most liberal wing released a list of 500 people they would like to see Biden tap as he builds out his future Cabinet and government.

Another collection of progressive groups penned a letter to Biden urging him to “decline to nominate or hire corporate executives" in his new government.