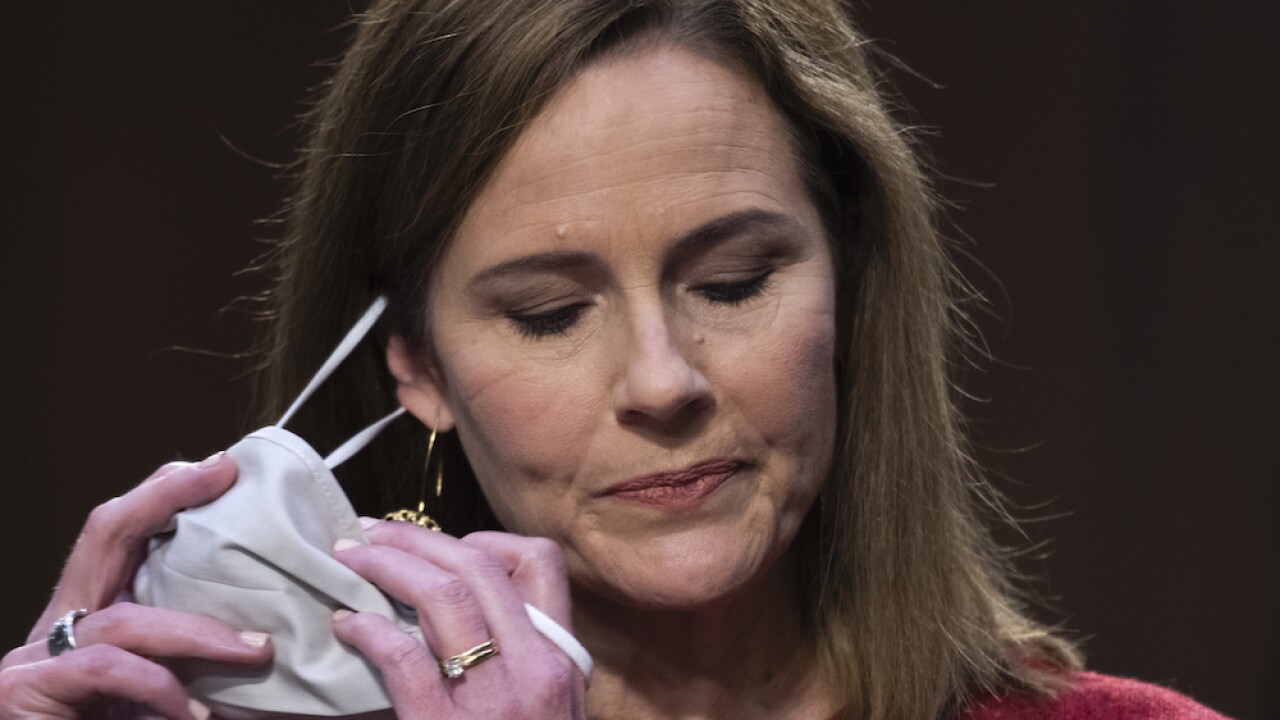 “After meeting with Judge Barrett and carefully reviewing her record and her testimony, I intend to vote in favor of her confirmation to the Supreme Court. She is impressive, and her distinguished legal and academic credentials make it clear that she is exceptionally well qualified to serve as our next Supreme Court justice. I am confident that she will faithfully apply the law and our Constitution, impartially and regardless of policy preferences," Sen. Romney said in a statement.

They pushed past Democratic objections on the Senate Judiciary Committee Thursday and set Oct. 22 for its vote to recommend Barrett’s nomination to the full Senate.

In the drive to seat President Donald Trump's nominee before the Nov. 3 election, the Senate is pausing work on other priorities during the COVID-19 crisis. Democratic Sen. Amy Klobuchar calls it “a sham.”

Republicans eager to fill the seat of the late Justice Ruth Bader Ginsberg counter that Trump is well within bounds to fill the vacancy, and they have the votes to do it.