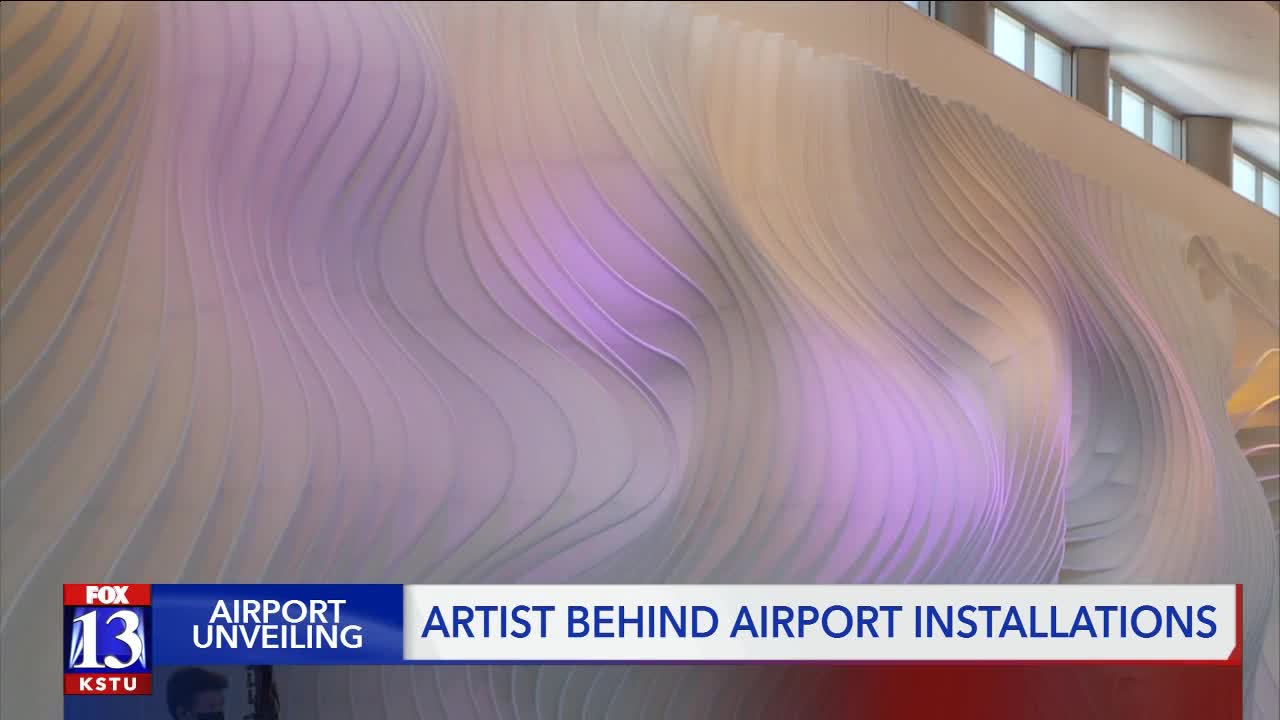 The “Canyon,” created by Gordon Huether, is likely the focal point most people can’t help but notice in the new SLC International Airport.

Among its many custom features are major art installations which help define its sense of place as a gateway to Utah.

The “Canyon,” created by Gordon Huether, is likely the focal point most can’t help but notice.

FOX 13 cameras were rolling at different stages of construction.

Watch the video to learn more about what influenced Gordon Huether in the design process, and how he hopes it will be seen, or perhaps even felt, by the public.