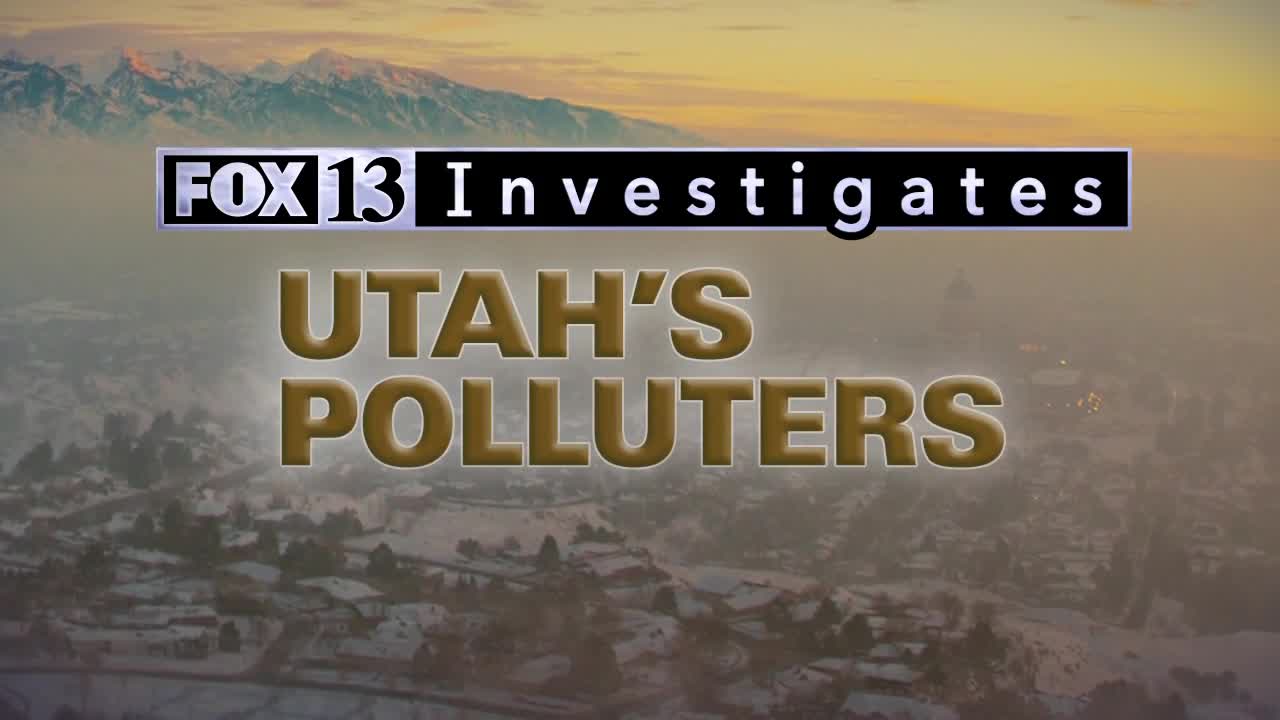 FOX 13 has investigated the difference between what we hear about air pollution and what we breathe during winter inversions along the Wasatch Front.

In our first story, we looked at one of two facts we hear repeatedly during winter inversions: “Half of our air pollution comes from our tailpipes.”

It’s true, and it IS important for all residents to make decisions with air quality in mind.

The problem? Some tailpipes cause a lot more harm than others.

We learned some of the latest information about tailpipe emissions from Utah State University’s Randy Martin, an environmental engineer who works closely with state regulators and scientists.

We also pressed the new executive director of Utah’s Inland Port Authority, Jack Hedge, about the wisdom of encouraging more transportation and logistics businesses in an already polluted region. Hedge insisted to us that an inland port does not necessarily mean more emissions, and he said he was glad to continue talking with us as his agency develops.

In our second story…we realized the Western hemisphere’s biggest saltwater lake was shrinking so quickly, scientists were just beginning to understand what was being exposed.

We walked on the bed of the Great Salt Lake with atmospheric science professor from the University of Utah, Kevin Perry. Dr. Perry spent two years riding his mountain bike with a trailer around the exposed bed of the Great Salt Lake. Taking samples every 500 meters, he learned several chemical elements of concern exist in high quantities in the sand and silt, with arsenic being the element of most concern.

Perry pointed us to studies, done by academics and scientists from the state of Utah, showing human water use was the major cause of lowering lake levels. Those scientists warn that the state’s plans to dam the Bear River will make the problem worse.

And in our third investigation in the series: Utah’s Polluters, we looked at the second face we hear repeatedly during winter inversions:

“Only 13 to 15 percent of our problems…” come from industry, or refineries and Rio Tinto/Kennecott, or from what are called “Point Sources.”

It’s also true…except the word “only” suggests 13 percent is insignificant.

When you look at pollution, the term “point source” refers to any large single contributor of pollution. It could be a power plant, a factory, even a big ski resort. Point sources are large enough that they are individually monitored and have to submit information about their emissions.

When you crunch the numbers, those few large point sources on the Wasatch Front pollute more than every single polluter in Weber County, Utah’s fourth most populous county.

SO2 largely comes from point sources.

In fact, according to 2017 data provided by the Utah Department of Environmental Quality in their State Inventory Plan, Rio Tinto/Kennecott alone accounted for more than half of all SO2 emissions on the Wasatch Front.

Combine Rio Tinto/Kennecott’s SO2 output with the Oil Refineries in Salt Lake and Davis Counties, and you have more than 75 percent of the SO2 on the Wasatch Front.

With that in mind, we talked with Kyle Bennett from Rio Tinto and with Brad Shafer from Marathon Petroleum, the operator of Utah’s largest and oldest refinery.

Both companies say they have made substantial improvements to their emissions since 2017 and they offered to continue talking with us after 2019 data is available from the state.

Both moves show good-faith efforts from corporations. The moves coincides with federal regulations, but the companies could have complied in ways that were less helpful to Utah’s airshed in particular.

That said, Shafer admits refining oil is not a business modern regulators would choose to locate in a major metropolitan valley.

“I can't make that decision today. Based on today, we would not build it where we were,” said Shafer.

But the refinery located in Salt Lake City about 112 years ago, and the first shovels went in the ground at the Bingham Canyon Mine five years before that.

In fact, the reporter typing this story lives in Utah because my grandfather, Howard David Roth, worked for Kennecott and followed his job from Ohio to Chile to Utah.

The biggest city in the Intermountain West grew up largely because of the beauty and the resources of the Wasatch Mountains.

Our grandparents could claim ignorance to the fact that those mountains trap in a soup of smog.

Our Fox 13 investigation shows that, looking forward, we don’t have that excuse.

If you would like to support Utah refineries that have chosen to make clean fuel…you can find locations at tier3gas.org.