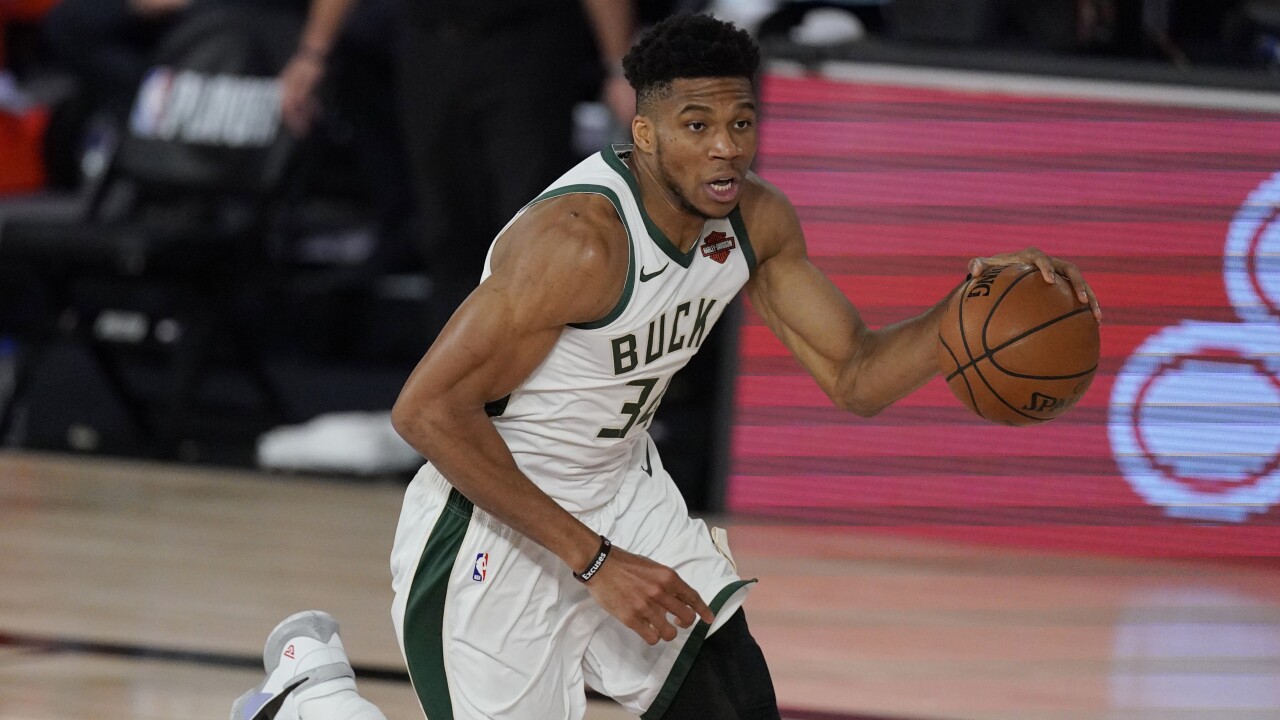 He's the NBA’s Most Valuable Player for the second consecutive season, adding that award to the Defensive Player of the Year trophy he picked up earlier in these playoffs.

The 25-year-old Antetokounmpo becomes just the third player in league history to win MVP and Defensive Player of the Year in the same season, joining only Hall of Famers Michael Jordan and Hakeem Olajuwon.

LeBron James was second in the MVP voting and James Harden was third.