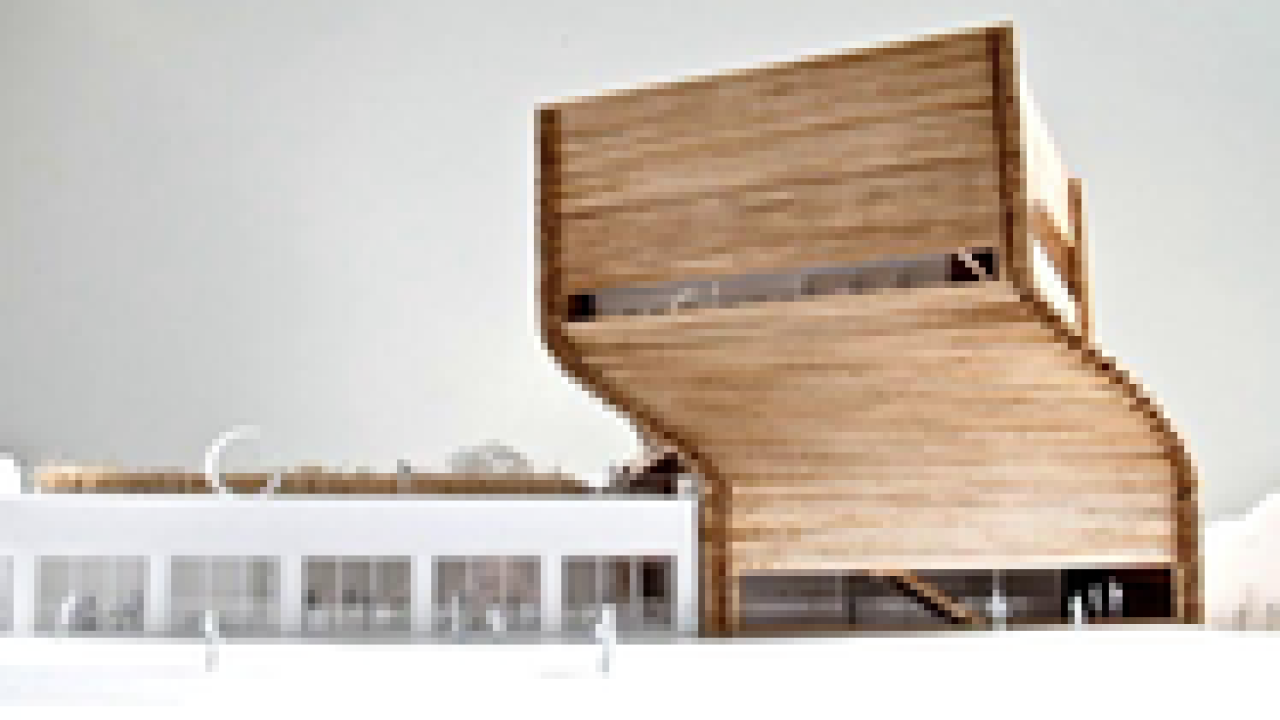 Park City's Old Town will be getting a very modern look thanks to the planned renovation of the Kimball Art Center.

The Bjarke Ingles Group, or BIG, were selected out of five possible design teams to upgrade the center.

"This design built the strongest case for the continuity of Park City's history," said Robin Marrouche, Executive Director of the Kimball Arts Center. "It came up with a modern interpretation of that spirit from when it was a rooting tooting mining town."

The winning design was inspired by a building from Park City's past--the Coalition Mine Building--that burned down in 1982. Architects with BIG wanted to recreate that landmark icon.

"The materiality of the timber and the steel they've used in their design is really reminiscent of our past," said Marrouche.

The architects with BIG say sustainability is a priority for them. The addition will be built of massive stacked timbers made of reclaimed train track piles from the Great Salt Lake.

The new design will include expanded exhibition spaces, a roof-top terrace and a cafe. Marrouche says that the expansion will allow events and school tours to happen simultaneously.

Marrouche says that almost 2 million people walk by the Kimball Art Center every year and the new design will help them capture some of those crowds.

"We are known internationally as one of the top ski destinations and now we will be known as an important emerging arts destination as well as a recreation heaven," she said.

The historic building the art center is currently housed in will remain as-is.

"We are keeping everything from the trusses in the roof to the main building. We will be leaving it all alone," she said.

The project is expected to break ground in mid-2013 and be completed in 2015.