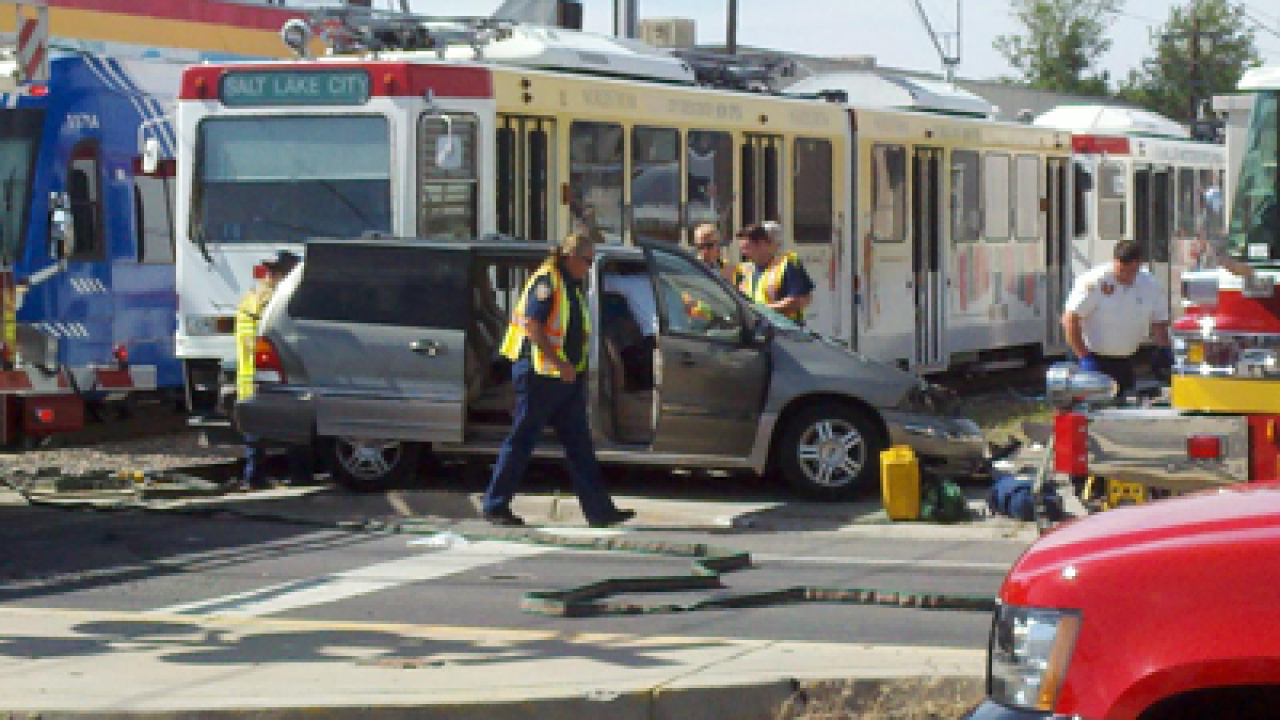 SALT LAKE CITY - Emergency crews have responded to a collision between a TRAX train and passenger vehicle in Salt Lake City on Wednesday afternoon.

UTA spokesperson Gerry Carpenter said that the driver of a minivan was distracted and crashed through the TRAX gate arms near 1700 South and 200 West, which were in the down position, at around 4 p.m. and was hit by a northbound TRAX train, spinning the minivan.

Initial reports say that there was a man in his 30s and a 12-year-old girl in the van. The driver sustained serious injuries and the girl sustained very minor injuries.

UTA says that the vehicle and TRAX train were removed from the tracks and earlier delays have ended.