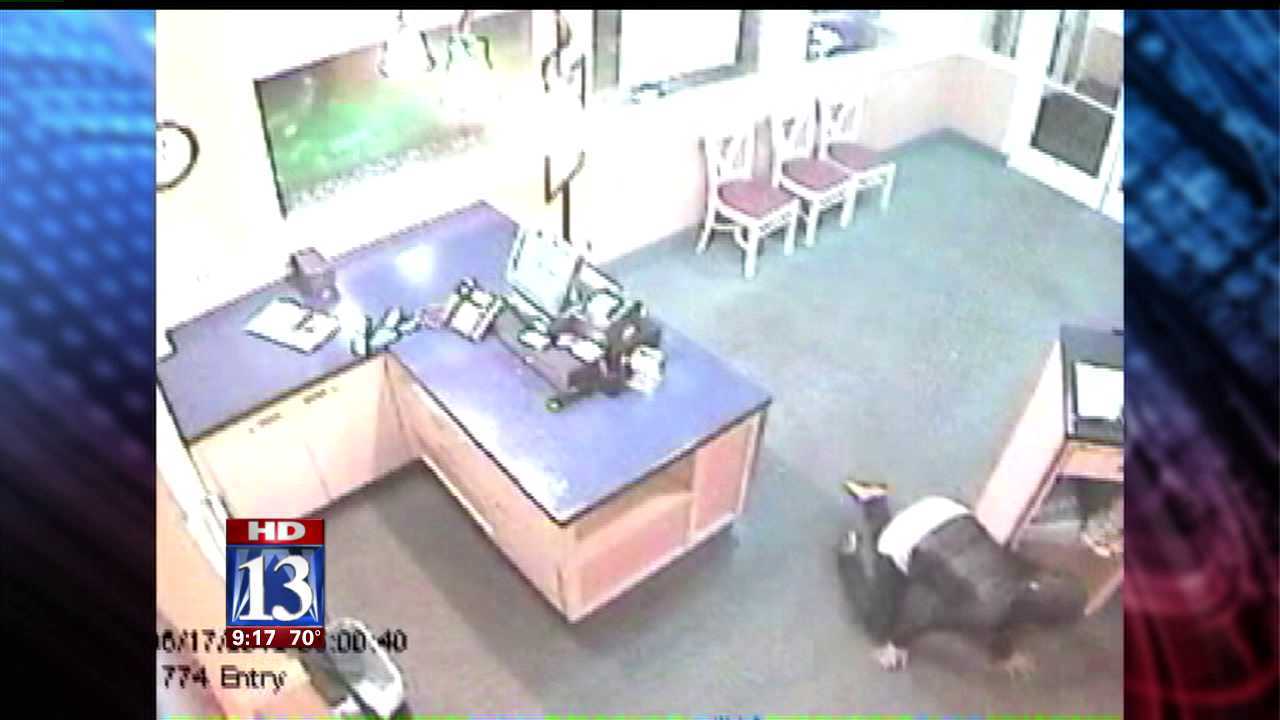 SOUTH SALT LAKE -- A purse thief in South Salt Lake was caught on video sneaking around on the floor, apparently unaware that her actions were being recorded.

The suspect entered the store dressed in black motorcycle gear. She went to the restroom first. When she came out  she headed for the exit, hesitated, and then doubled back, crouching and crawling on the floor.

The suspect is seen crawling to the workstation, where she stole a purse and walked out the door.

The purse belongs to an employee, who noticed it and car were missing shortly after the heist.

The suspect is described as a white female in her 20s. She has brown hair and was wearing a black helmet, a black leather jacket and dark denim jeans.  She was last seen driving a 2003 silver Chevrolet Impala.

Police described the suspect as a "female ninja thief" in a press release about the incident.