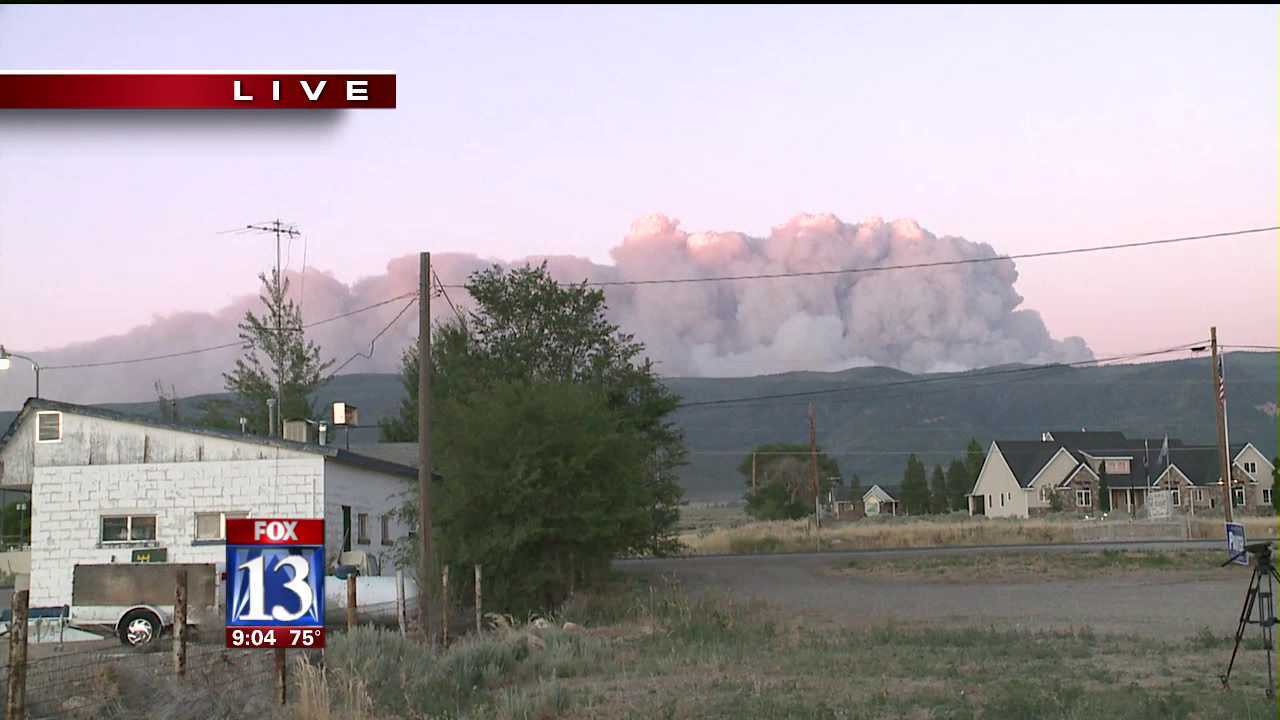 UPDATE July 2: New mapping by Utah forestry officials have the lightning-caused Seeley fire at 33,410 acres on Monday. They say it was a 10,000 acres jump within a 30-hour period.

PRICE, Utah -  A fire that sparked Tuesday morning on Seeley Mountain in Emery County has been measured at 20,175 acres and is 5 percent contained Saturday morning.

The Seeley Fire, located on Seeley Mountain between the left fork of Huntington Canyon and Horse Canyon in the Manti-La Sal National Forest, is believed to have been started by lightning. It has grown to an estimated 20,175 according to U.S. Forest Service authorities Sunday morning. Fire crews were able to contain the fire by 5 percent on Saturday.

Fire officials say that a Type 2 designation has been ordered for the fire Wednesday morning, the third fire in Utah to have that designation.

In Carbon County, Clear Creek, Hiawatha and Wattis are under mandatory evacuation. SR-96 is also closed leading into Scofield at the junction of US-6.

The Wellington Stake Center of the Church of Jesus Christ of Latter-day Saints (950 East Main Street in Wellington) has been designated as the evacuation center for Carbon County evacuees.

Large animals (cattle and horses) can be taken to the Carbon County Fairgrounds. Dogs and cats can be temporarily housed at the new animal shelter on Airport Road.

Huntington Canyon, Gentry Mountain, North Skyline Drive and the north Miller's Flat areas are currently under evacuation. SR-31 was shut down Tuesday and used as an evacuation route; it remains closed on Wednesday.

The Skyline Coal Mine in Carbon County evacuated after voluntary evacuation orders were given.