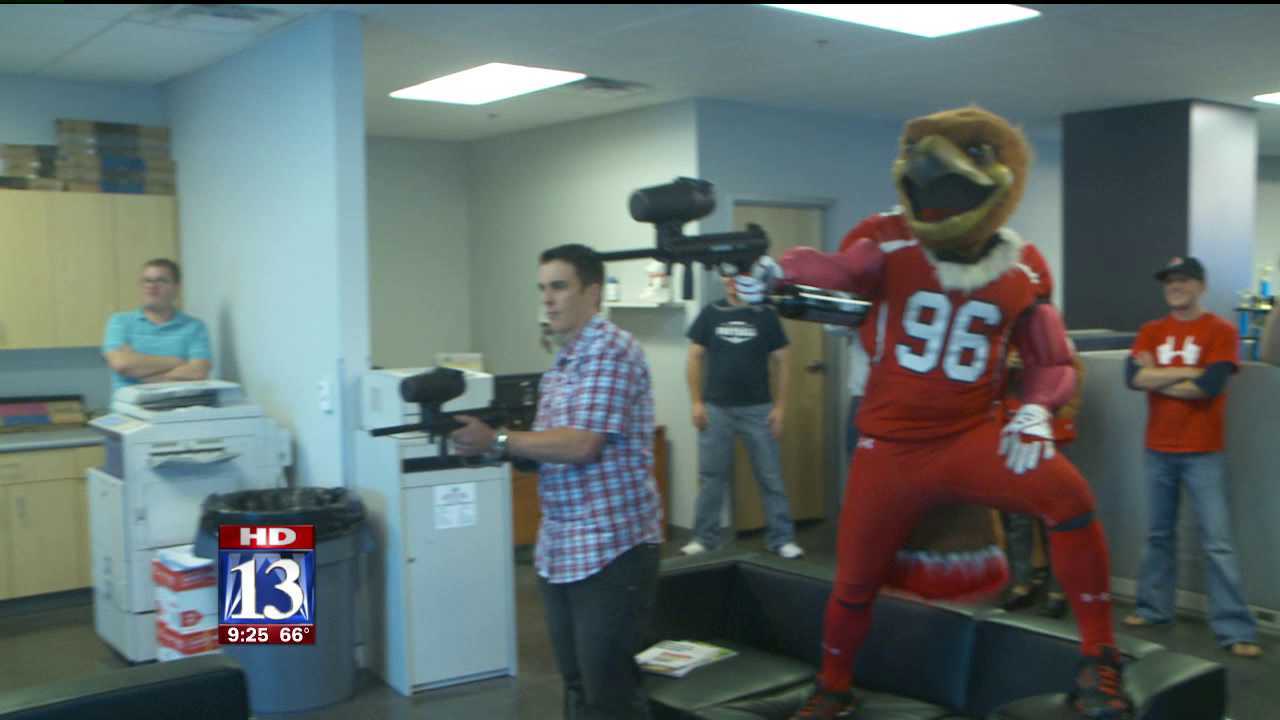 SOUTH JORDAN -- The rivalry between BYU and Utah is the thing legends are made of. The big game is just three days away, but the contest of contests is already playing out on playgrounds, in classrooms, and at businesses all over Utah.

One business it is taking the rivalry to another level trading pranks between its Utah and BYU devoted employees.

Brock Blake is the CEO of Lendio and a huge BYU fan. He and some of his employees will pull pranks on each other throughout rivalry week.

He was caught off-guard on Wednesday when Utah cheerleaders and Utah’s mascot Swoop showed up.

The office Holy War started as a prank a few years ago.

“I came to my office and it was painted from head to toe – the whole office,” Blake said.

But it isn’t just Ute fans pulling the pranks.

“I came to work last year with the nice smell of sod in the office, which doesn’t smell that great,” said Levi King, Lendio’s lending president.

Blake has yet to pull off his prank and is staying pretty tight-lipped about it.

“Well if I let everyone know then it’s not going to be a good prank. We’ll get the Cougs together and see what we can pull off from here,” Blake said.