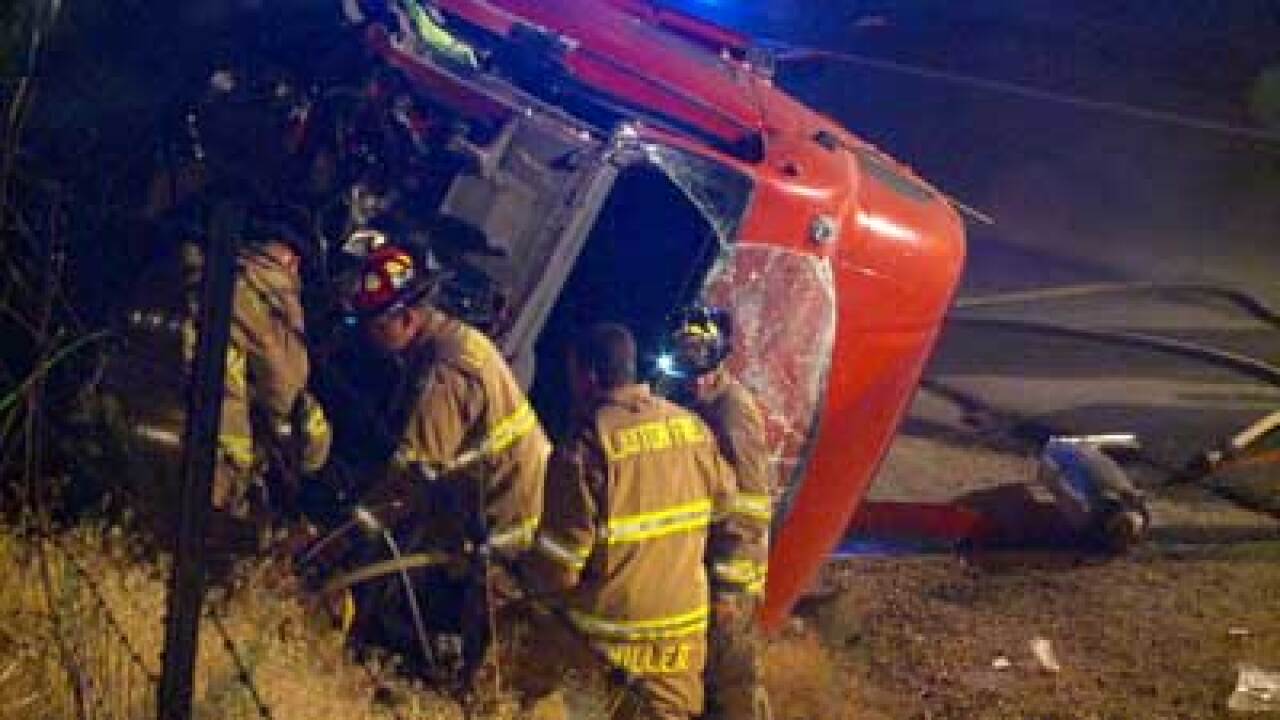 LAYTON, Utah — Police say three people were injured after a semitrailer and an SUV collided Tuesday night on a highway intersection.

The crash occurred around 7:30 p.m. Witnesses told Layton police an SUV towing a small trailer turned left at the intersection of Highway 89 and Cherry Lane, just as the light was turning yellow.

“The semi came through, along with another car that was in a lane next to it, and the [SUV] went in front of the semi,” said Layton Police officer Jeff Roderick.

Roderick said the semitrailer, carrying two people inside the cab, was on its side when they arrived. The passenger was trapped inside the wreckage.

“[The passenger] was able to crawl out on his own once they were able to get the vehicle off of him,” said Roderick.

Roderick said neither person inside the semitrailer had life-threatening injuries, however the passenger was taken to Ogden Regional Medical Center.

Police say the lone driver of the SUV was taken to the hospital, but was conscious and talking with emergency crews on scene.

Police did not release any of the victims’ names.