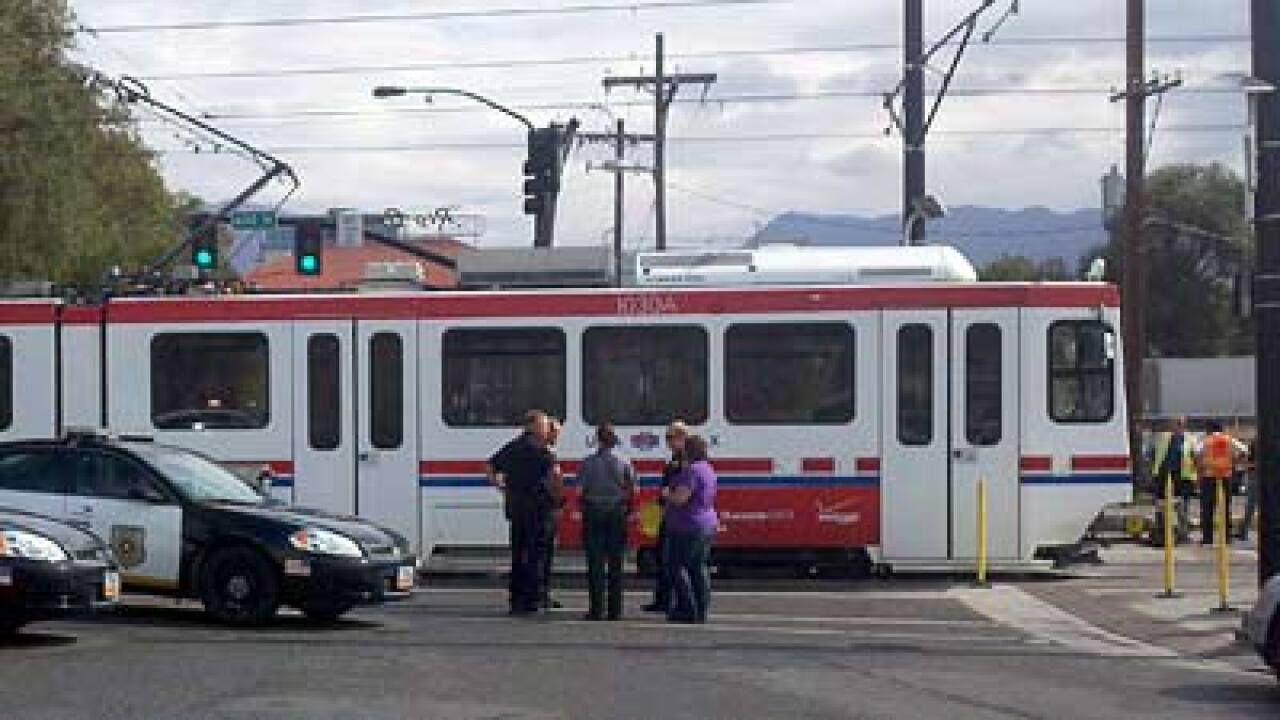 SALT LAKE CITY — A man was hit by a TRAX train Friday in Salt Lake City.

The man did not see the train when it clipped him, and he spun around, according to Carpenter. The man was transported to an area hospital as a precaution.