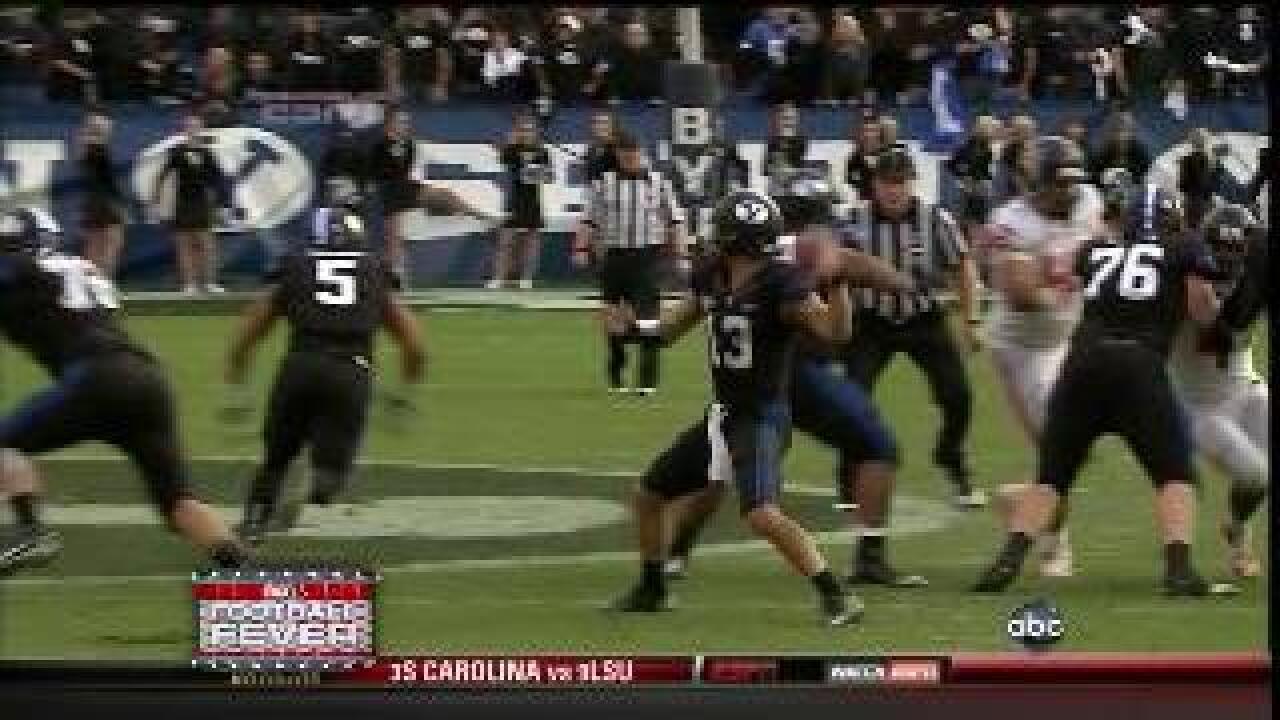 In the first half, the Beavers and Cougars went back and forth, each scoring two touchdowns to go into halftime tied at 14. Each scored a TD in the third, but in the fourth quarter, it was all Oregon State.

They were the first score in the fourth quarter and BYU came back with a field goal, but OSU bounced back with a TD, putting them up 35-24.

An intercepted pass late in the fourth quarter and a 49-yard runback put Oregon State up 42-24 and BYU wasn't able to come back.

Oregon State remains undefeated at 5-0 and BYU falls to 4-3. The Cougars head to South Bend to take on number 5 Notre Dame next Saturday.