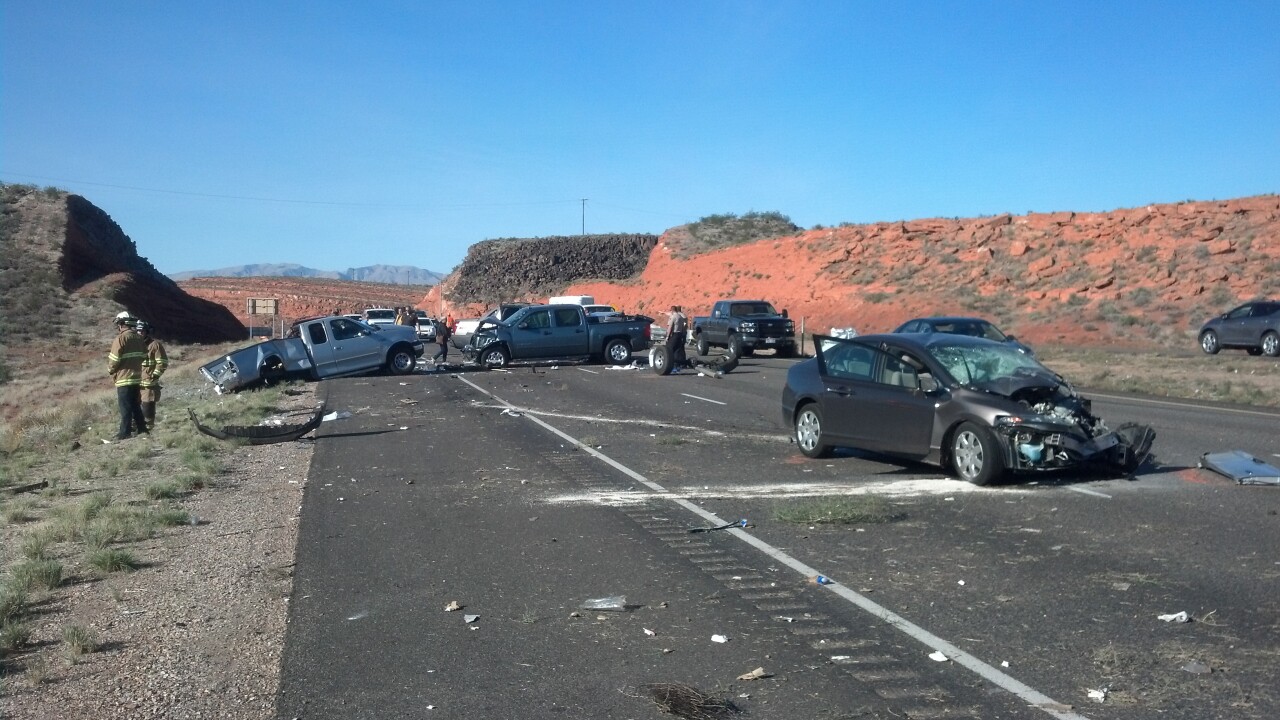 The accident happened Saturday around 8:30 a.m. as a southbound Ford F-150 crossed through the median and into the northbound travel lanes where it was broadsided by a Chevy Silverado.

The female driver of the Ford was ejected out of the vehicle onto the roadway.

Three other vehicles were also involved in the crash.

The driver of the Ford was transported by helicopter to an area hospital, and six others were taken to the hospital by ground.