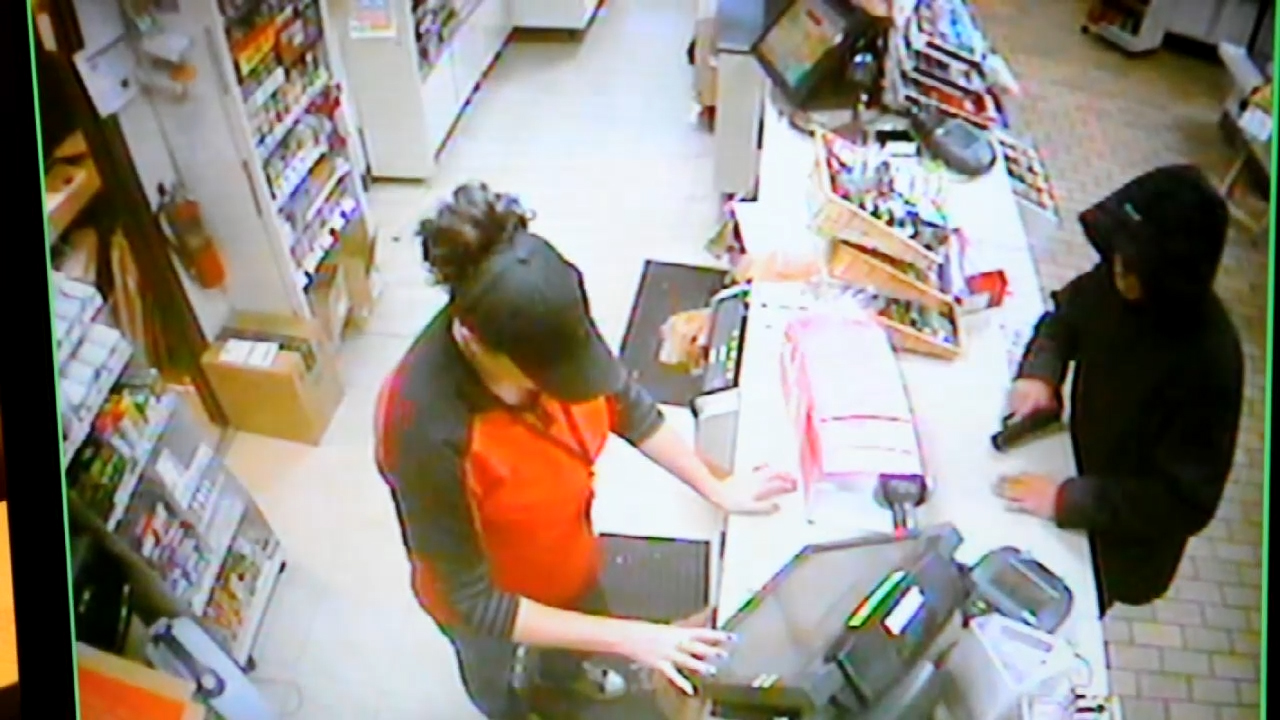 KEARNS, Utah — Police are looking for a man who allegedly robbed a clerk at a 7-Eleven store Thursday night, and on Friday they released surveillance camera images of the suspect.

Officers said the suspect was armed. They said he took cash from the register, and ran away on foot.

Police are now asking for the public’s help in locating the suspect. The suspect is described as a white man, about 5-feet 2-inches tall, thin build and in his early 20s. He was last seen wearing a dark hooded sweatshirt and dark pants.

Nobody was hurt in the robbery, but the suspect is considered armed and dangerous.

If you see the suspect or have any information regarding the robbery, contact Unified Police at (801) 743-7000.