Vehicle fire slows traffic on I-15 in South Salt Lake 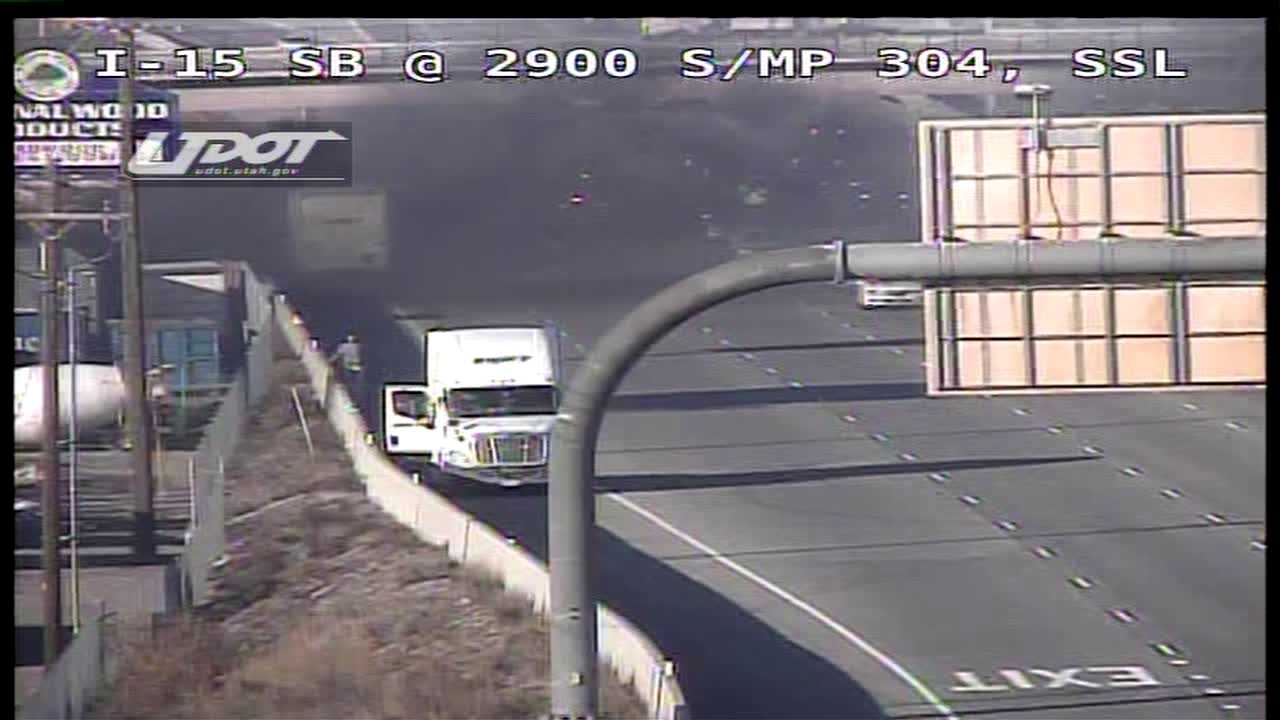 SOUTH SALT LAKE — Authorities diverted traffic away from two lanes of I-15 near 2900 South Sunday after a semitrailer caught fire and began issuing thick clouds of smoke.

The incident occurred just before 4 p.m. in a southbound lane of I-15.

Utah Department of Transportation cameras showed the smoking vehicle, and moments later authorities can be seen arriving on scene to route traffic around the vehicle as firefighters worked to extinguish the blaze.

It was not clear how the fire began or if anyone was injured by the fire.