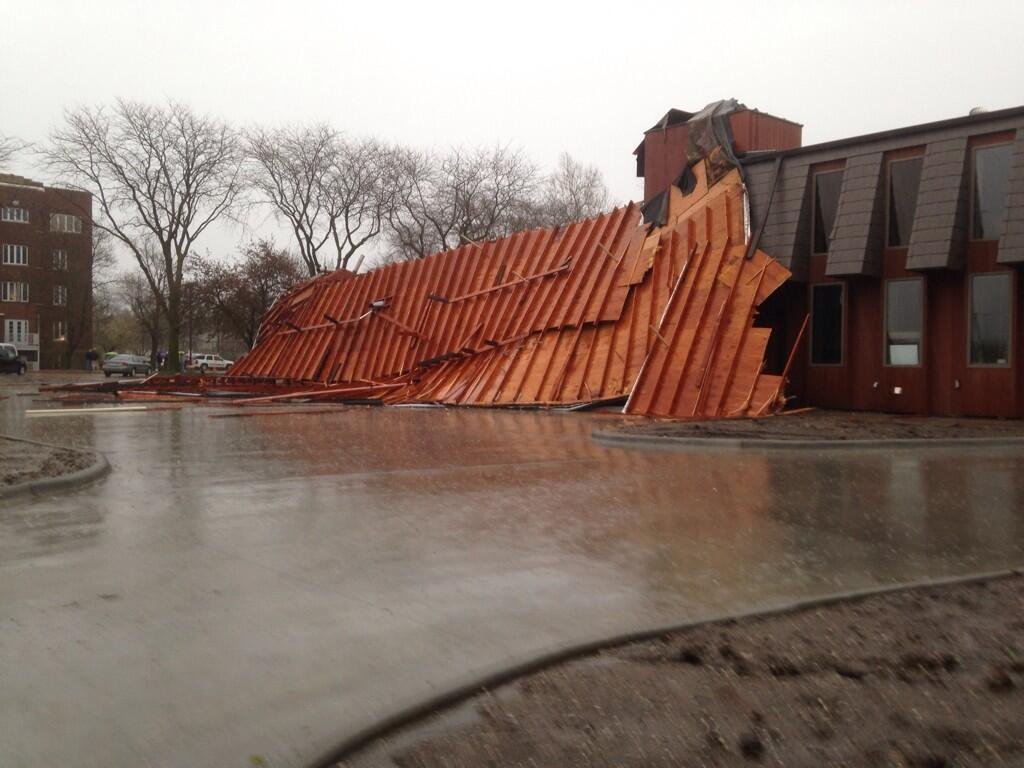 MAYFLOWER, Arkansas (CNN) — A brutal band of severe weather battered the central Plains and mid-South late Sunday, killing at least 16 people in Arkansas, one in Oklahoma and one in Iowa.

Some of the worst damage was north of Little Rock, Arkansas, where reported tornadoes devastated the towns of Mayflower and Vilonia.

The nightmare is all too familiar for the community of about 3,800 people. Another storm ransacked the town almost three years ago to the day and followed essentially the same path, the mayor said.

“There’s a few buildings partially standing, but the amount of damage is tremendous,” Firestone said Sunday. “There’s gas lines spewing. Of course, power lines down. Houses are just a pile of brick.”

Resident Bryant Pruitt said he ducked into his house when he saw the angry cloud approaching from the southwest.

“It was huge. It was by far the biggest one I’ve ever seen,” he told CNN affiliate KTHV. “It was a huge black cloud … and I ran inside.”

It was much the same in the nearby Mayflower, a town of 1,600 about 20 miles to the southwest.

Authorities shut down a section of Interstate 40 after a tornado “as much as a half-mile wide” roared through the area, according to the National Weather Service.

The well-traveled roadway was littered with crushed and overturned trucks and cars.

CNN meteorologist Chad Myers, who was in Mayflower, estimated the winds from the storm at 130 to 150 mph.

Emergency workers tended to the scene throughout the night. Shelters were set up at the high school and at a local church.

The city’s official website said schools would be closed Monday.

Ten deaths were reported in Faulkner County, where Mayflower and Vilonia are located, the Arkansas Department of Emergency Management said. The agency confirmed five additional deaths in Pulaski County and another death in White County.

More than 100 people were treated at hospitals in the state.

National Weather Service meteorologist Jeff Hood said that at least one long-tracked tornado began in Pulaski County northwest of Little Rock and moved northeast from there. The office will survey the damage in the coming days to determine the rating of the tornado and if any other tornadoes hit in the region, he said.

President Barack Obama offered his condolences to storm victims while on a four-nation tour of Asia, promising that federal help was on the way.

“I want all affected to know FEMA is on the ground and will help Americans in need, and your country will be there to help and rebuild as long as it takes,” the President said from the Philippines.

‘Tell the public to stay away’

Before the bad weather slammed into Arkansas, witnesses spotted a twister in the northeast Oklahoma town of Quapaw, where one person died, the Ottawa County Sheriff’s Office said.

Joe Dan Morgan, the county’s emergency manager, said rescuers were working in an area where a concrete wall crashed onto a car.

There were other reports of damage in the community, stretching thin local resources.

“Search and rescue is under way involving several agencies,” county emergency dispatcher Kelly Flecks said. “Please tell the public to stay away so they can do their jobs. We can’t confirm anything else at the moment.”

Quapaw is near the border with Kansas and Missouri.

The same line of storms hit Baxter Springs, Kansas, just a few miles to the north.

A tornado estimated to be three blocks wide rumbled through the town of 4,200, he said.

A sprawling storm front also rumbled through eastern Iowa, where severe weather killed a woman in the tiny community of Kinross in Keokuk County, the sheriff’s department said.