UPDATE: Police say the man who caused the crash will be booked on multiple charges, including suspicion of vehicular homicide and driving under the influence of alcohol once he is released from the hospital.

DRAPER, Utah -- One person is dead, a juvenile is in critical condition, and several others were transported to a hospital after a crash involving a total of seven vehicles in Draper Thursday night.

The accident occurred around 6:35 p.m. at 12300 South and 150 West, and witnesses said the driver of a truck traveling at a high rate of speed went through a red light.

Chad Carpenter, a public information officer with the Draper Police Department, said witnesses report the driver of the truck went against the light and struck several other vehicles. A total of seven vehicles were involved in the crash.

An adult was killed, and a juvenile who was riding in the same vehicle as that adult sustained critical injuries. Officials said those two were not in the truck that went against the light but it was not clear which of the vehicles they were in.

The driver of the truck, a male believed to be in his 40s, was transported to a hospital with critical injuries, but officials said the man was later listed to be in fair condition rather than critical. Several other victims were transported with minor injuries.

Carpenter said the cause of the accident remains under investigation. 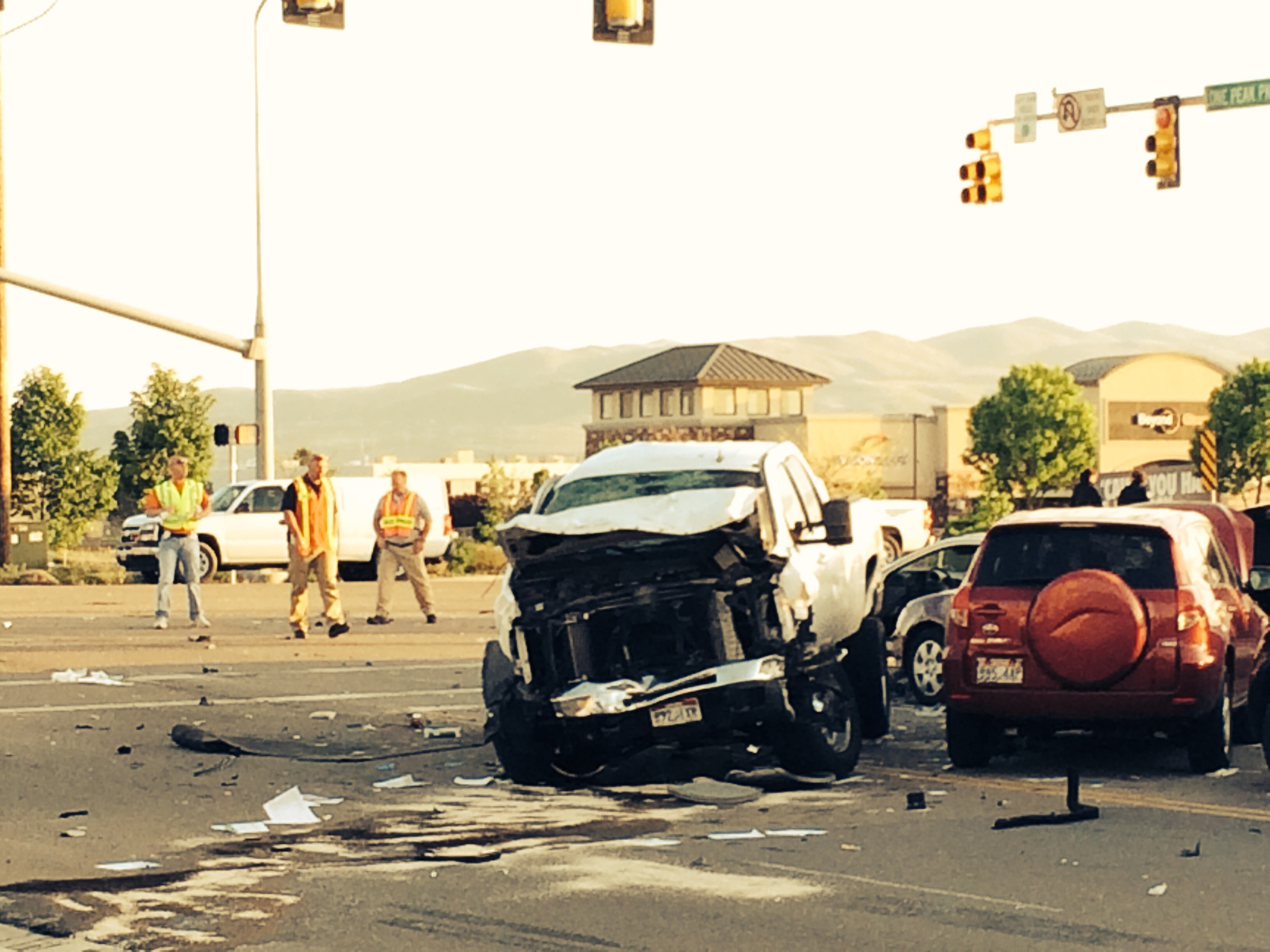