1 dead, 1 injured after vehicle rolls down embankment to land among rocks, trees 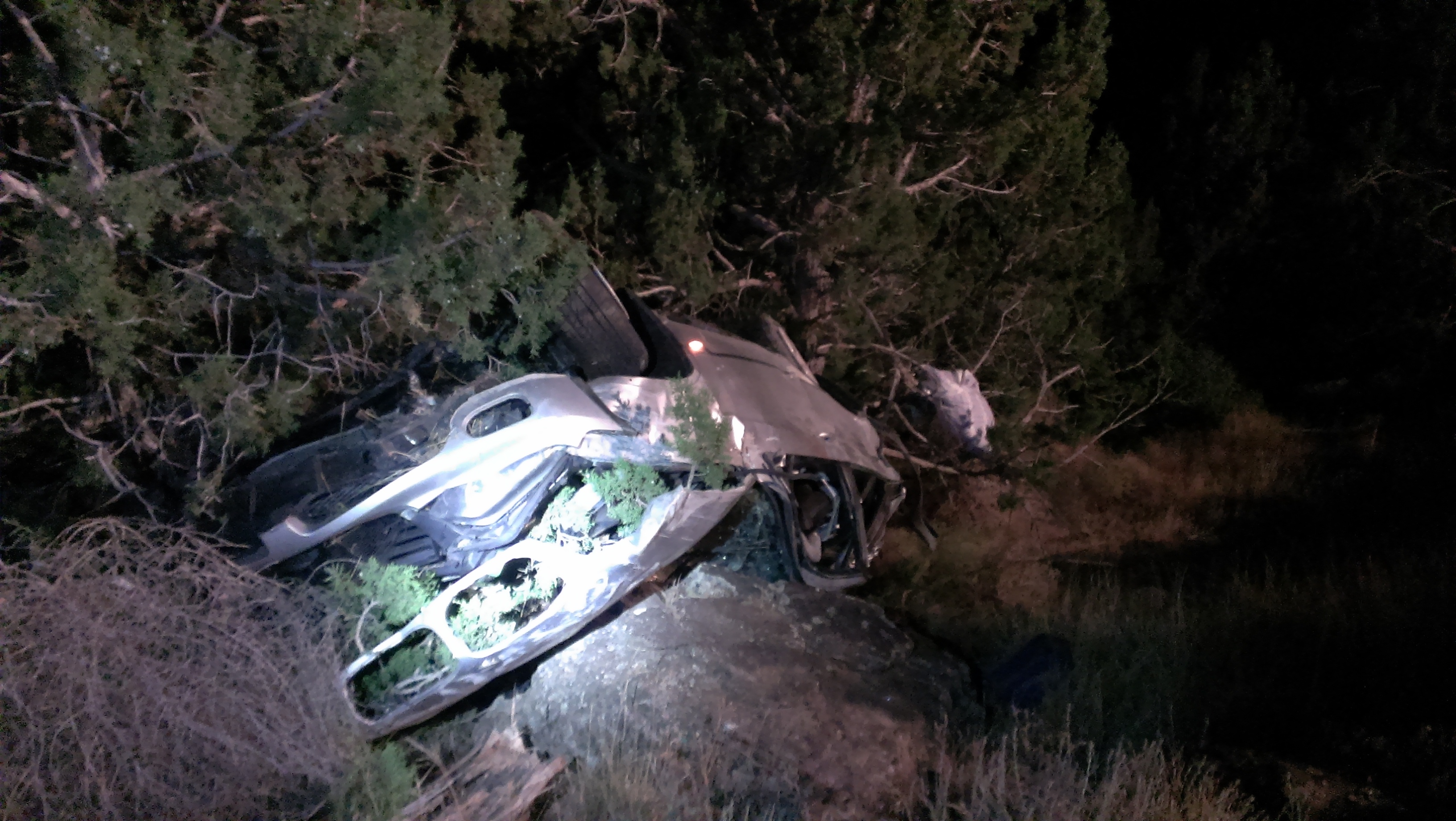 SOUTHERN UTAH – A woman was killed and her mother suffered moderate injuries in a rollover accident on I-15 near mile post 36 Wednesday night.

The accident occurred around 10:37 p.m. and officials said preliminary investigations indicate the driver of the vehicle may have swerved to avoid hitting a deer before crossing through the median from southbound to northbound lanes and then rolling down a steep embankment.

According to information from the Utah Department of Public Safety, the silver BMW came to a rest on its roof amid some large rocks and trees at the bottom of the embankment. The driver, 19-year-old Natalie P. Holt, was ejected from the vehicle and she died on scene. Official said they believe she was not wearing a seat belt.

Holt’s mother, 56-year-old Audrey N. Matthews, was in the front passenger seat and suffered moderate injuries. Officials said they believe she was wearing a seat belt.

Both women have addresses in Park City.

Officials stated there is no indication the driver was impaired. They stated excessive speed may have played a factor in the accident, “given evidence found on scene.” Officials said Holt may have lost control of the vehicle after swerving to avoid hitting a deer.