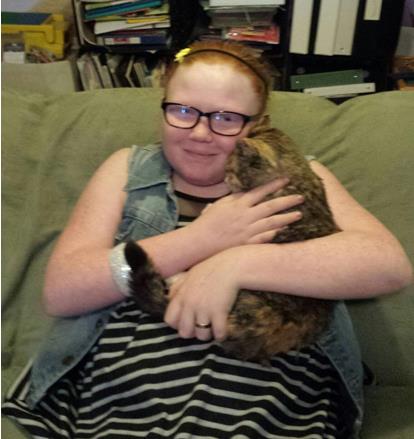 McKenzey is possibly with another girl, 15-year-old Satara Bylsma, who also walked away from the Girl’s Youth Home at the same time.

McKenzey and Satara are not related and did not share a room at the home, a press release from South Salt Lake police said.

McKenzey was described as a white female, 5 feet 4 inches tall, 159 pounds, with red hair and blue eyes. She has freckles and a scar by her nose. McKenzey was last seen wearing a pink coat.

Police said McKenzey does not have a history of running away and they have issued an Endangered Missing Advisory for her due to her age and the extremely cold weather.

Satara was described as a white female, 5 feet 6 inches tall, 115 pounds with brown hair shaved on one side. She was last seen wearing pajama pants and a sweatshirt. Police said Satara does have a history of running away.

Anyone with information on McKenzey Madill’s or Satara Bylsma’s whereabouts is asked to call South Salt Lake police at (801) 840-4000.