UPDATE: Officials have identified the father and son who were killed and the family has provided several photos. Click here for the update.

WEST JORDAN, Utah -- A man and his son were killed Saturday after a vehicle struck a motorized wheelchair from the rear as it traveled along a dark street.

Joe Monson of the West Jordan Police Department told FOX 13 News the 44-year-old man and 11-year-old boy were traveling westbound on a dark stretch of road that does not have sidewalks or streetlights when a westbound vehicle struck them from behind.

The man was in the wheelchair, and police said the boy may have been riding in the chair as well; the crash occurred in the area of 6300 West 7800 South. FOX 13 News heard initial reports of the crash around 5:30 p.m.

Utah Department of Transportation officials tweeted around 7:45 p.m. that 7800 South was closed in the area of the crash.

Both of the deceased lived in the area, and Monson said it wasn't clear where the pair were going when they were hit. Both were killed on impact, and the driver of the vehicle that struck the wheelchair was transported to a hospital as a precaution.

"Upon arriving on the scene we found two deceased individuals that had been hit by a crossover type vehicle," Monson said.

There have not been any citations issued in connection with the crash, and officials said it appears the driver could not see the victims.

"It is a dark section of road out here, it's just a two lane road, and there isn't a shoulder or a sidewalk in this area," Monson said.

Monson said the road is in an area with no streetlights or sidewalks, and there isn't a house or a business for about a quarter of a mile in either direction from where the crash occurred. He said the investigation will likely take several days to complete.

FOX 13 News' Todd Tanner was at the scene Saturday night, see the video above for his report. 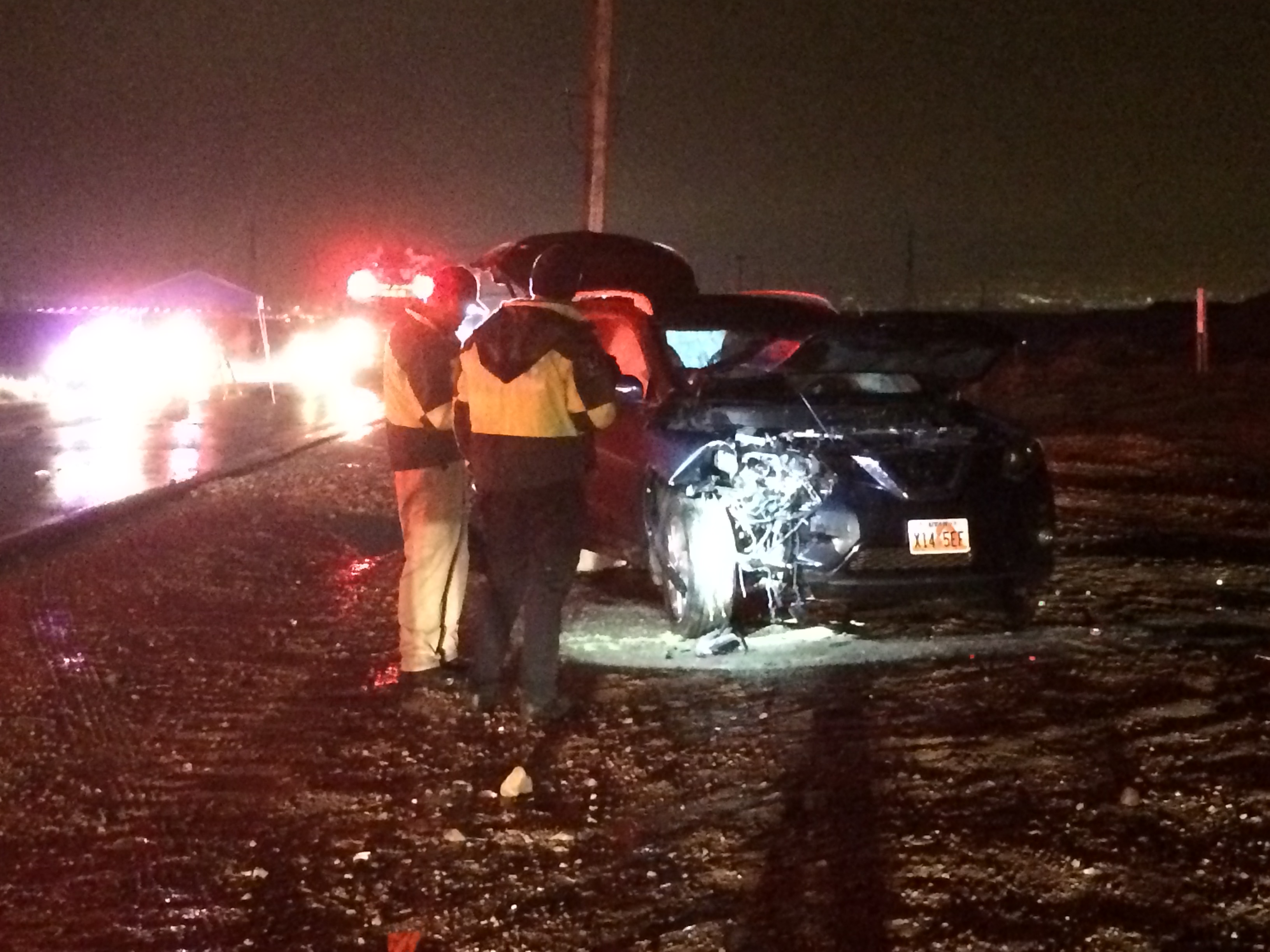