SALT LAKE CITY - Two robbery suspects are in custody after allegedly leading police on a chase that ended near the Salt Lake International Airport overnight.

Police said the suspects are accused of robbing a Salt Lake City convenience store and then running from police.

Officers said the clerk at the Quality Quick Stop near 9th W. and 9th N. texted his father the store was being robbed.

His father called 911 and police arrived just as the two suspects were leaving the store.

Authorities said one of the suspects tried to run and was caught in the store parking lot but the other got away.

Police said the other suspect sped off, hitting two pay phones and a light pole before getting on I-80 and heading for the airport.

Witnesses said the suspect also crashed into airport fences and gates during the chase.

Officers caught the suspect after he crashed into a parked car at the airport.

A gun was found in the suspect's car but police have not confirmed if it was used in the alleged robbery.

No one was seriously injured in the robbery or chase.

Officials have not confirmed the suspects' identities or the charges they may be facing. 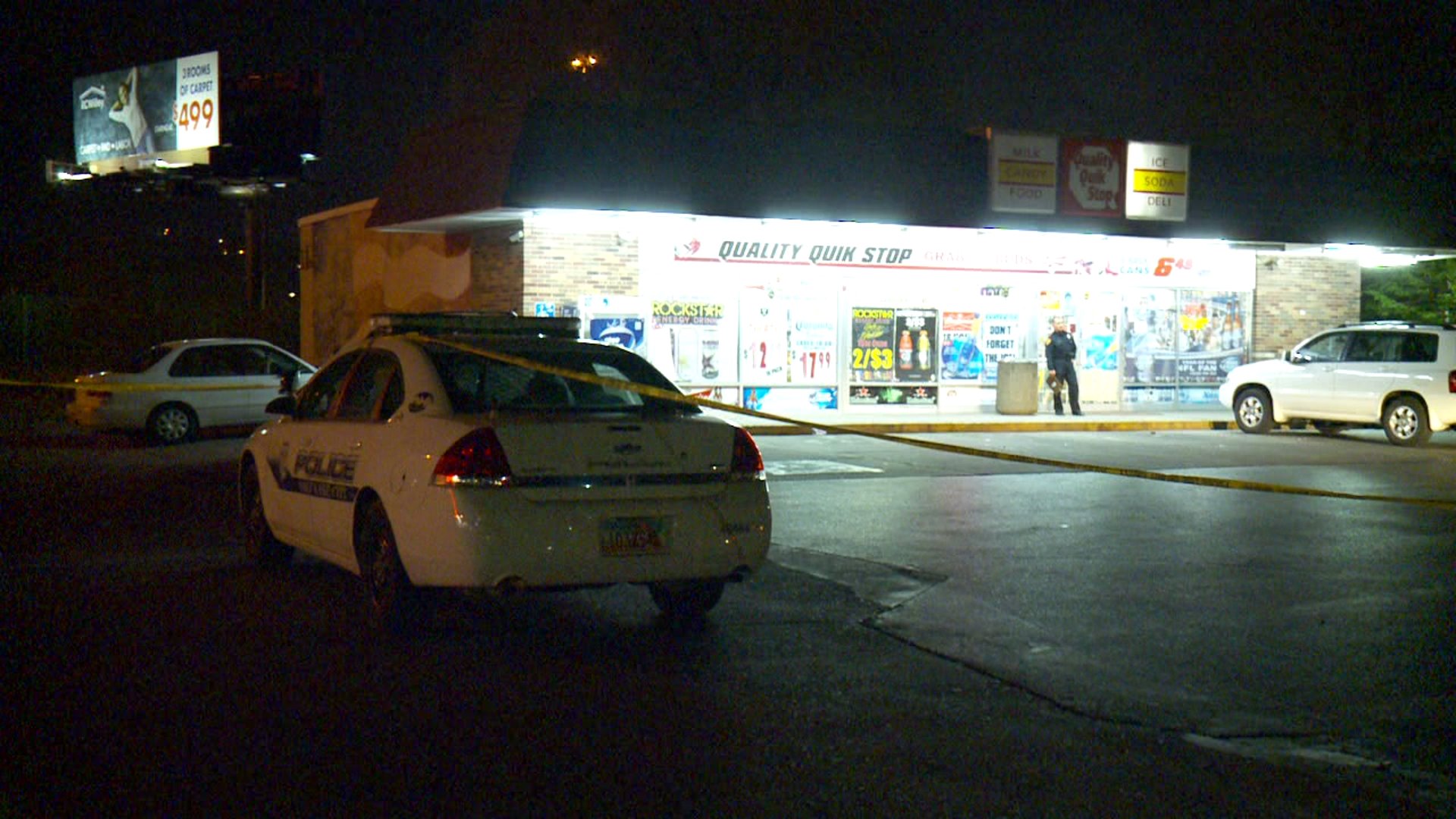