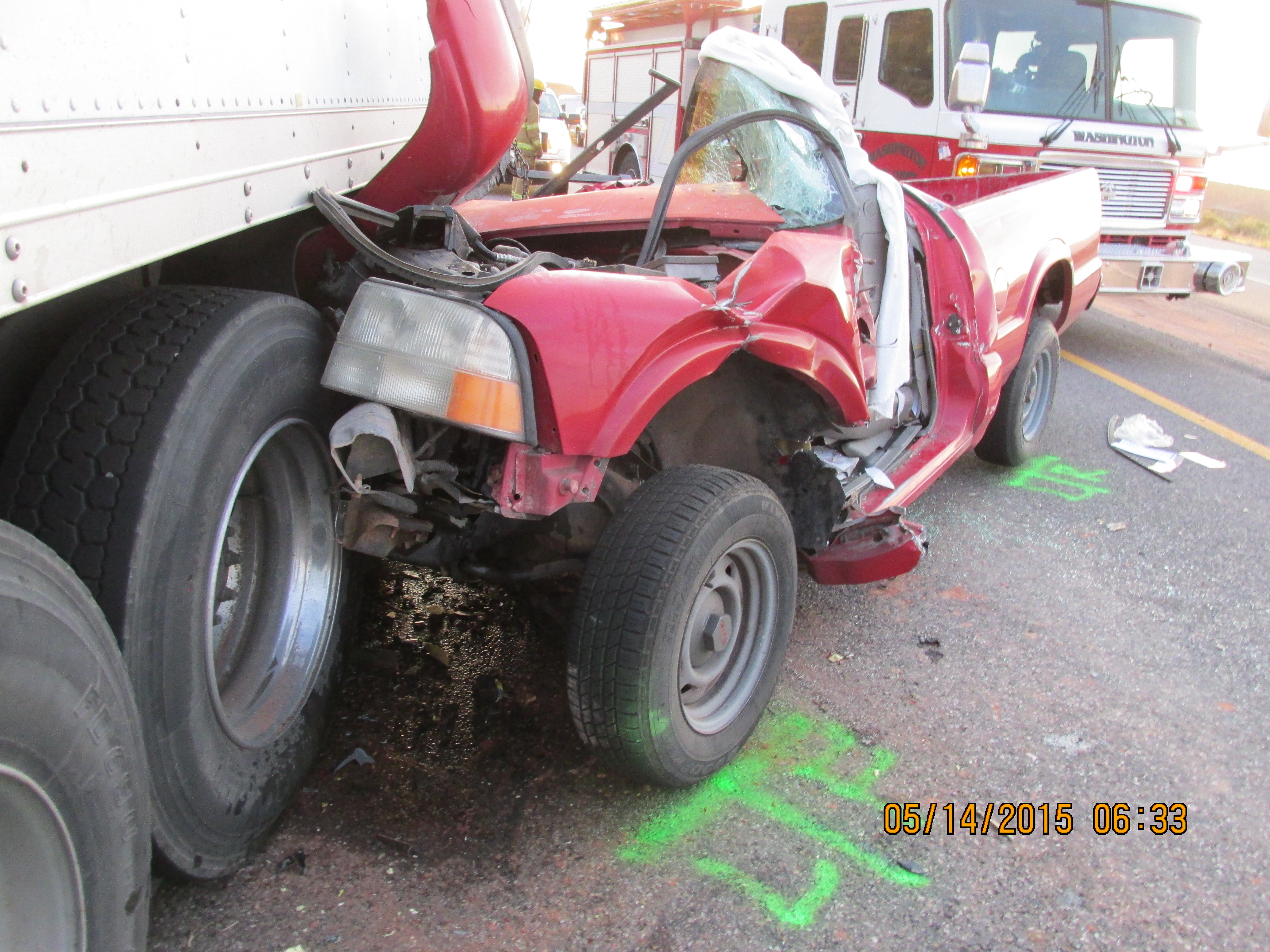 SOUTHERN UTAH – A man was taken to a hospital in serious condition Wednesday after he collided with the back of a semitrailer that was parked on the side of an on-ramp with its tires partially in the lane of travel, and authorities said the man was traveling close to 75 mph when he crashed into the back of the truck.

According to information from the Utah Department of Public Safety, the crash occurred around 6 a.m. when a Tropic Ice semitrailer stopped on the southbound on-ramp onto I-15 at exit 16, which is the interchange of SR-9 and I-15. The driver was checking on the gate of his vehicle.

The semitrailer was stopped close to the top of the ramp and main flow of I-15 traffic, and about 4 inches of the truck’s right tires were still in the travel lane when the driver parked.

A red Sonoma traveling on the ramp from SR-9 southbound to I-15 was nearing highway speeds, 75 mph, and drifted to the right, leaving its lane of travel and striking the semitrailer, “nearly square in the rear bumper,” according to the press release.

The driver of the red car was trapped after the impact, and Life Flight was initially called but was later canceled by the fire department, as responders were able to free the man. He was taken to Dixie Regional Medical Center in serious condition.

The press release states the driver of the Sonoma was not wearing a seat belt and suffered extensive injuries, but is expected to survive. The driver of the semitrailer was not injured.

The names of the involved parties have not been released.

There were lane closures in the area of the crash for about an hour as crews responded.