SANDY, Utah - A homeowner said she got out of her burning Sandy home just in time, thanks to a warning from her Pepperwood neighbor.

That neighbor, Zane Christensen,  told Fox 13 he saw smoke coming from the woman's garage so he jumped over the fence, woke her and got her out of the house.

"I ran to the far opposite side of the house, went through some French doors in the back of the property and started yelling in the house, 'Is anyone in here,'" Christensen said. "I was clapping with my hands and tried to see of anyone was there."

The homeowner, who didn't want to be named, said she is grateful for what her neighbor did.

She said she had no idea her garage was on fire near 15 Sunwood Ln.

"I heard a voice from upstairs and so I said, 'You've got to get out of the house; your house is on fire,'" Christensen said. "I tried to hurry her along, she was groggy and asleep still. I shepherded her out of the house, out the front door and down to the curb. By then fire department was on scene doing their work."

Investigators are working to determine what sparked the fire in the garage.

The fire was a few blocks from Lone Peak Elementary School but did not pose a threat to the school or students. 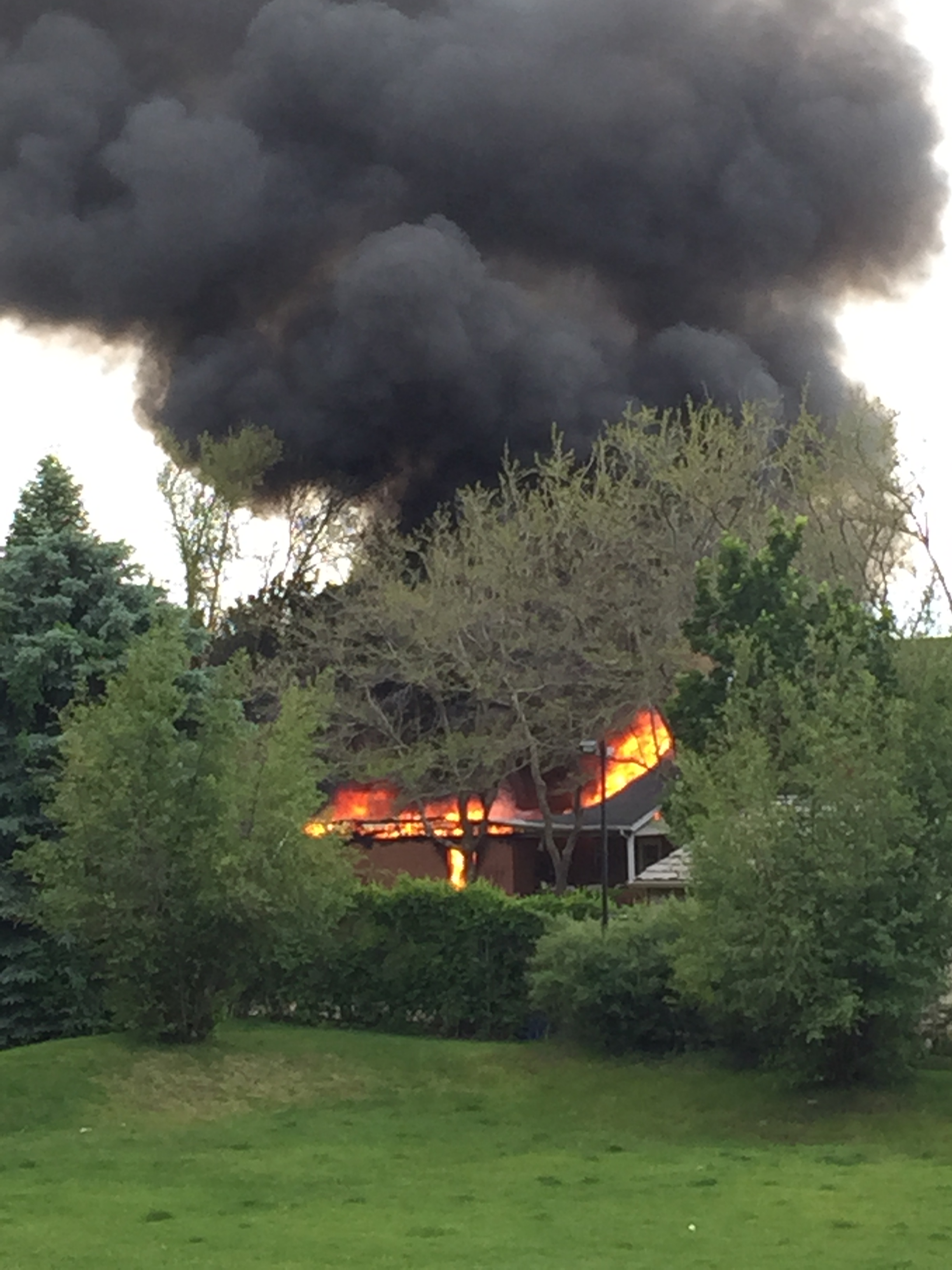