UHP finds alcohol in car of wrong-way driver who killed 2, injured 2 in Fillmore

FILLMORE, Utah - Officials said two people have been killed and two more are in critical condition after an accident just south of Fillmore Wednesday morning.

Authorities said a wrong-way driver was going northbound in the southbound lanes of I-15 in a Jeep Grand Cherokee and crashed into a Honda passenger vehicle near mile post 157 just south of Fillmore in Millard County.

The wrong-way driver is in critical condition. She was pinned beneath her vehicle after the crash and had to be extricated. Authorities later identified her as 18-year-old Jessie N. Wilkerson of St. George.

Troopers said they found a bottle of alcohol behind the driver's seat.

The other car was carrying three people; a man and woman were killed and the other man is in critical condition.

The man who was killed was identified as 25-year-old Larry J. Martin of West Jordan. Police said the man was driving the vehicle and was wearing a seat belt. He was killed on impact.

Police identified the female passenger who was killed as 27-year-old Kaela Hernandez of American Fork. Authorities stated she was sleeping in the rear seat and was not restrained. She was ejected during the crash and killed on impact.

The male passenger who suffered critical injuries was identified as 29-year-old Joseph C. Martin of Eagle Mountain. He was wearing a seat belt.

Authorities said the three victims are from the Wasatch Front and were believed to be traveling to St. George or Las Vegas for a business convention.

Officials said I-15 southbound is now back open in Meadow at mile post 158.

The northbound lanes are not affected. 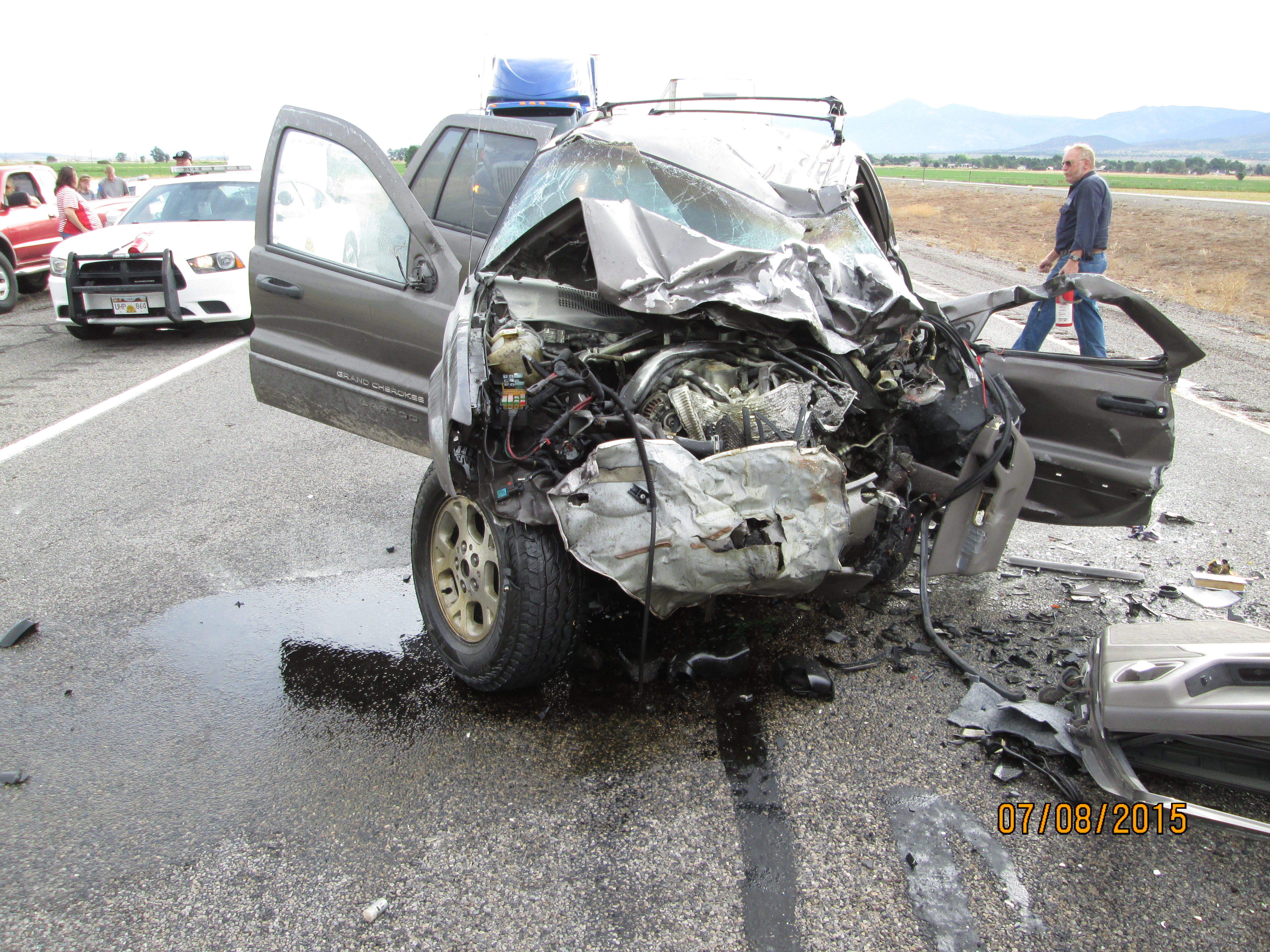