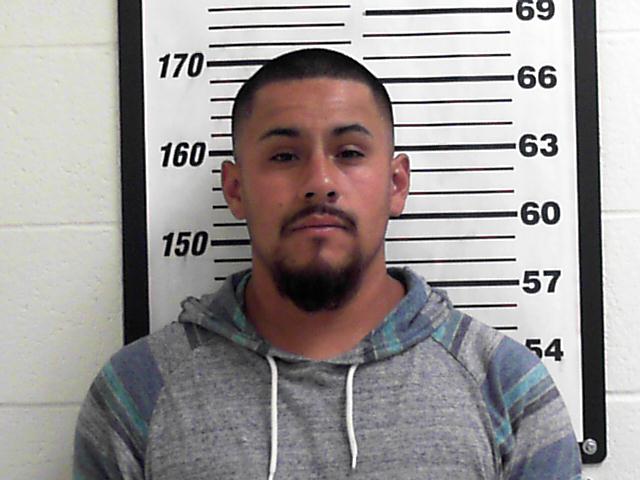 DAVIS COUNTY, Utah — A Magna man is in custody after leading police on a vehicle pursuit that spanned across two northern Utah counties.

The cars involved were a red older model Camaro, silver Neon and a newer black Camaro.

The black Camaro was identified as stolen from Lone Peak Thursday morning.

According to UHP, Trooper Sampson set up at Parrish Lane to intercept the three cars and stopped the Neon. Trooper Todd, who was slightly ahead of Sampson, attempted to stop the black Camaro, but the driver didn’t stop.

Todd initiated a pursuit. The driver of the black Camaro, identified as 20-year-old Eduardo Correa, went into the center median work area in the construction zone and stopped near Glovers Lane, according to UHP.

According to UHP, Sampson approached the area in his vehicle where Correa had stopped, when the Magna man backed out of the construction zone.

Correa hit the front end of Sampson’s vehicle as he left the area, causing moderate damage to both cars, according to UHP. Sampson was not injured.

Correa reportedly continued north and exited onto State Route 89, where the trooper terminated the pursuit. Kaysville police saw the black Camaro within their city limits and pursued it. The chase was also terminated as the vehicle entered State Route 193, UHP indicates.

A Weber County Sheriff’s deputy started to follow Correa on Interstate 84 up to Washington Boulevard in Ogden, according to UHP. Ogden police later found the Camaro crashed on 34th and Adams Avenues.

“It appeared the left front rim of the Camaro had been damaged from the collision with Trooper Samson’s patrol car,” according to UHP. “The rim had broken and the tire was destroyed.”

Witnesses in the area told authorities a Hispanic male driver and a female passenger fled on foot. Witnesses also directed police to a garage where Correa was hiding, according to UHP.

Correa was arrested and booked in Davis County Jail on charges of reckless driving, failure to respond to an officer’s signal to stop, failure to remain at the scene of an accident, possession of a stolen vehicle, driving on a denied license and assault by prisoner.

According to UHP, Correa is possibly connected to several car thefts and burglaries in the Lone Peak area.

The female passenger is still unidentified.