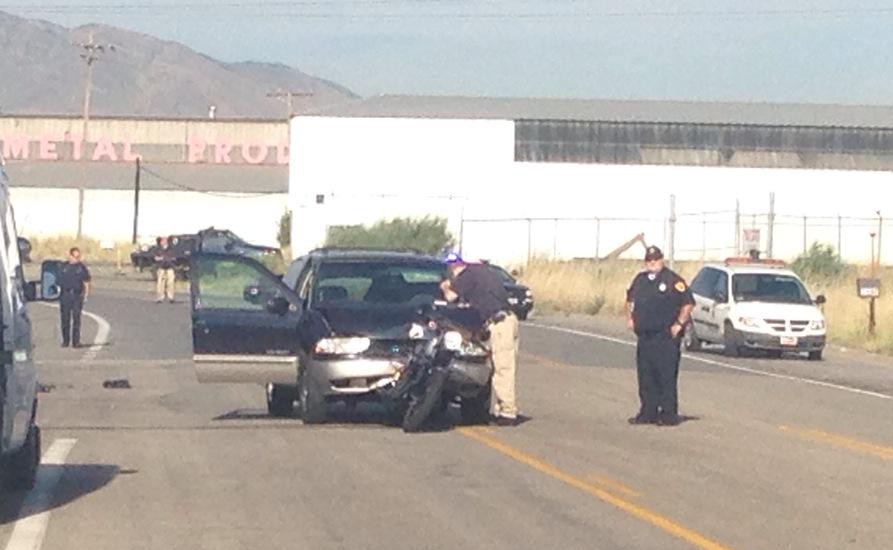 SALT LAKE CITY – Officers said a man is in critical condition after a van rear-ended his motorcycle in Salt Lake City Tuesday morning.

Officials said the man was wearing “some type of headgear” but they aren’t sure if it was a helmet or not because it is part of the debris after the accident.

Authorities have not said what caused the van to somehow rear-end the motorcycle, which became lodged in the van’s front bumper.

Police said the van driver is a 60-year-old woman who was the only one in the van at the time of the accident.

Officials have not released the names of those involved at this time.