Three men jailed in connection with spree of bank robberies

WEST VALLEY CITY, Utah — Three men who are believed to be connected to a spree of recent bank robberies in the Salt Lake County area have been captured and booked into jail.

According to the West Valley City Police Department, police responded Wednesday to reports of a bank robbery at a US Bank inside a Wal-Mart,  and they believed that suspect was linked to three prior robberies at US Banks in West Valley City.

Later Wednesday, another bank was robbed in Salt Lake City. Shortly after that robbery, police found a vehicle matching the description of the one used in both of Wednesday’s robberies.

The driver, 23-year-old Moroni Fuli, and the passenger, 25-year-old Jared Freeland, were taken into custody and the vehicle impounded in anticipation of police securing a search warrant. At that time a third man, believed to be the primary suspect in the robbery inside Wal-Mart Wednesday, remained at large.

Police developed leads and identified that man as 36-year-old David Matthew Hamson, and they stated he is the primary suspect in the four US Bank robberies in West Valley City. The robberies occurred October 23, November 6, November 11 and November 18. Hamson was already a wanted fugitive for a separate robbery, but Thursday police learned his location.

Detectives from West Valley City police and personnel from the FBI Violent Crimes Task Force responded to the In-Town suites at 48 West 3300 South, and though Hamson attempted to flee he was taken into custody.

All three me have been booked into jail. Hamson faces charges of aggravated robbery, three counts of robbery and one count of theft. Police did not provide specific charging information for the other two men.

The photos below show surveillance images from the various robberies. 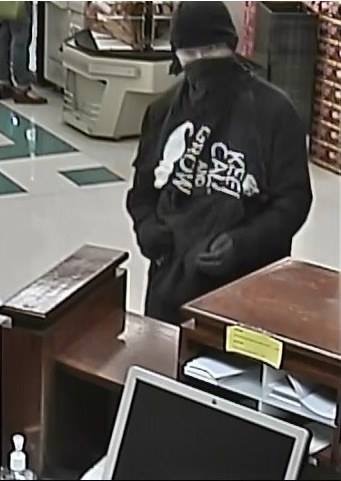