WEST VALLEY CITY, Utah -- A home was damaged by fire in West Valley City Saturday, and the response caused a closure on 4000 West from 3500 South to 4100 South.

Jeff Fox, a Battalion Chief with the West Valley City Fire Department, said they arrived at the residence and found a small deck or building in the back yard on fire, and the blaze had extended to some trees and reached the attic of the home.

Three people inside the residence made it safely outside, along with a pet.

Units from West Valley City as well as Unified Fire Authority responded to extinguish the blaze. The home sustained some damage but is not believed to be a total loss.

The cause of the fire was not immediately clear, but Fox said at this point it doesn't appear suspicious. 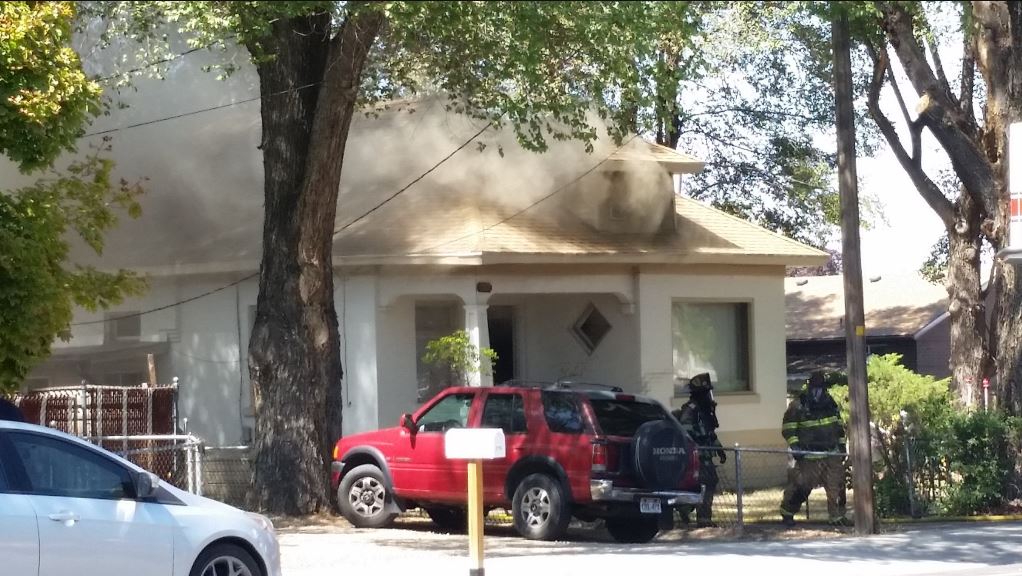