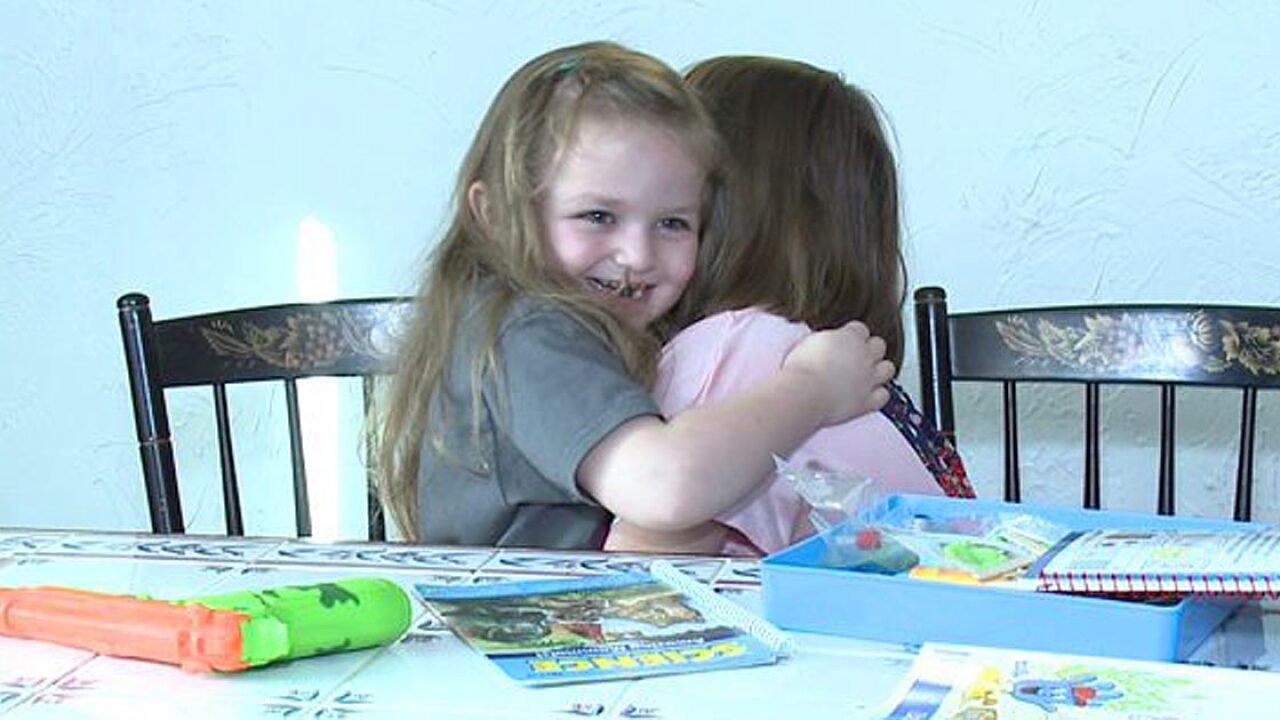 CHESTERLAND, Ohio -- At first glance, Baylee Beckley is a typical 5-year-old girl. But last July, she bumped her head and her mother took her to the emergency room to make sure she was OK.

"We had a CAT scan done and she was negative for any kind of trauma from the fall. However, they found the mass. Within 12 hours, she was diagnosed with DIPG," Cena Beckley said.

"It's inoperable. There is nothing we can go in and take out, and do anything about. So we started radiation within two weeks. We completed it in September. The doctors say she had six to nine months," her mother said.

In November, Baylee was invited to the Cavs' annual Flashes of Hope Big Shots and Little Stars event. It's a special fundraiser for children's cancer research.

Baylee had a fitting for a formal grown to wear at the event. That's where she met 5-year-old Kendall, who is a cancer survivor.

"They met within the first few minutes. And me and Cena didn't exist anymore. These kids took it over, they ran the show and they became friends," Tammy Evans said.

A few weeks ago, Tammy and Kendall were looking at Baylee's Facebook page. They discovered Baylee enjoyed receiving mail. An idea immediately popped into their heads.

"She loves to open cards and gifts and whatever it may be. And I thought to myself how can we make sure that this kid gets every card we can possibly get to her by Christmas," Evans said.

Within a few days, Evans posted the idea on her Facebook page, and now Baylee has been getting more and more Christmas cards.

"She just smiles. She loves to read them. We actually take them and hang them on her door in her room so she can look at all the cards," Beckley said.

Cena Beckley and her husband are doing all they can for Baylee in hopes of making it the best Christmas possible.

"I feel like she needs to have a great Christmas because this is probably her last," Beckley said.