UHP trooper injured in crash on I-15 in Lindon

LINDON, Utah — A Utah Highway Patrol trooper was critically injured in a crash that forced officials to close four lanes of southbound I-15 in Lindon Monday morning.

According to the Utah Department of Transportation, the crash occurred near milepost 273.

The Utah Department of Public Safety said on Twitter \the injured trooper, Devyn Gurney, 27, was involved in a traffic stop in the emergency lane. Gurney was outside his vehicle when he was hit.

Gurney was transported to Utah Valley Medical Center and his injuries, while critical, are not life-threatening. 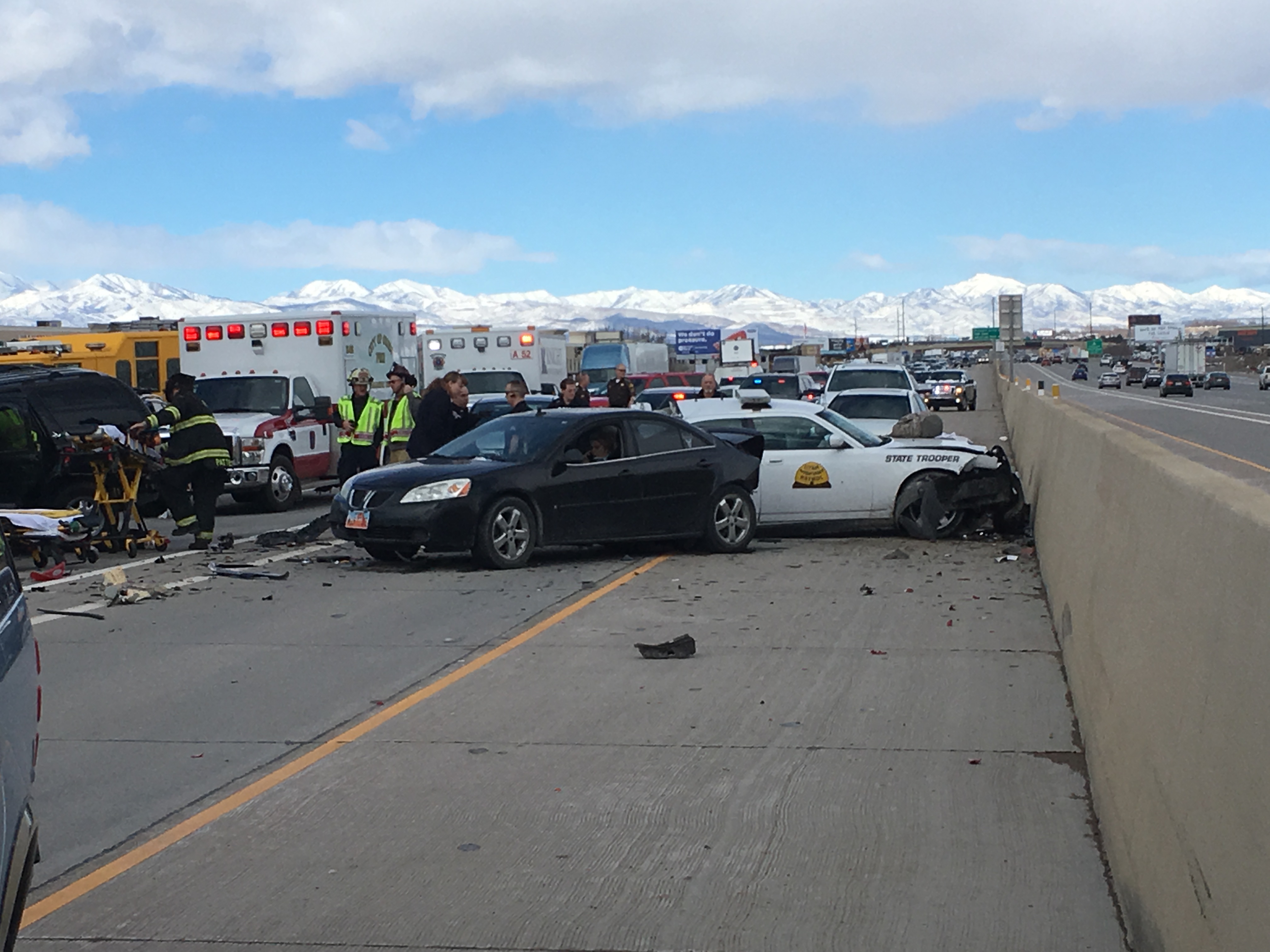