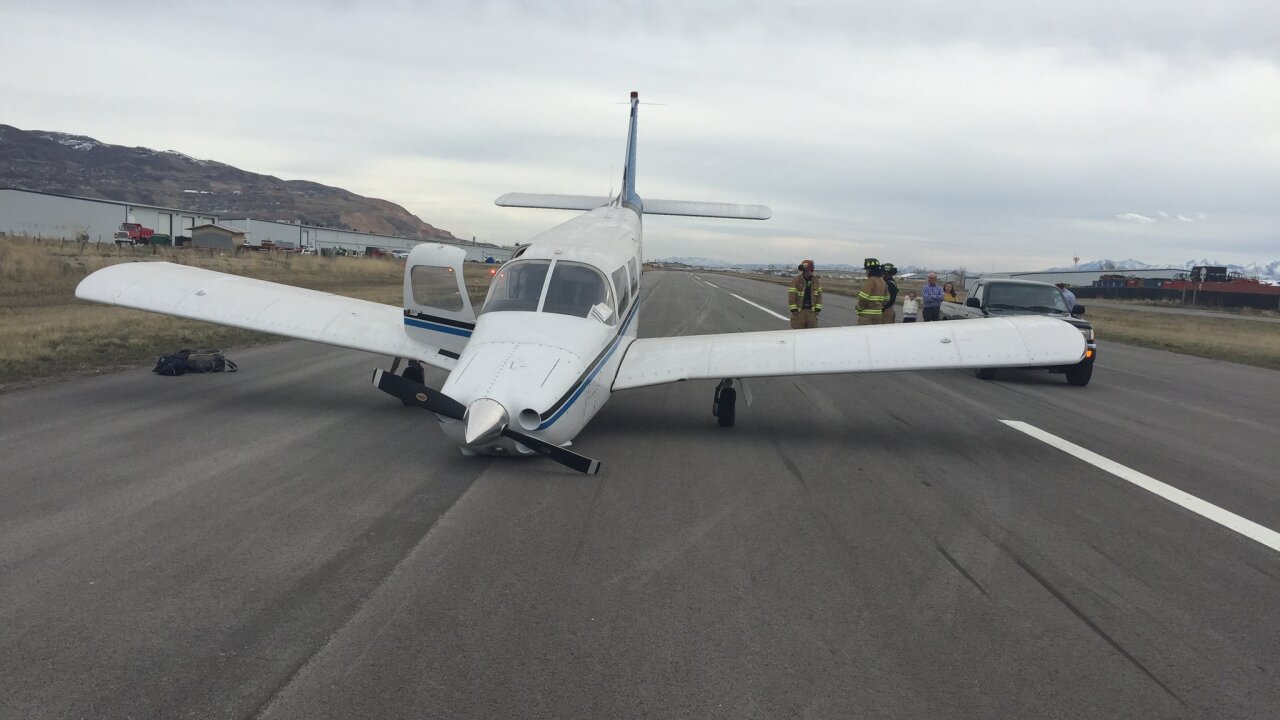 WOODS CROSS, Utah — The pilot of a plane carrying four people made an emergency landing in Woods Cross Friday afternoon after the plane’s front landing gear failed to come down.

A spokesman for South Davis Metro Fire Agency said the plane, a single-engine Cessna, landed successfully at Skypark Airport despite the failure of the landing gear.

No one was injured in the incident.