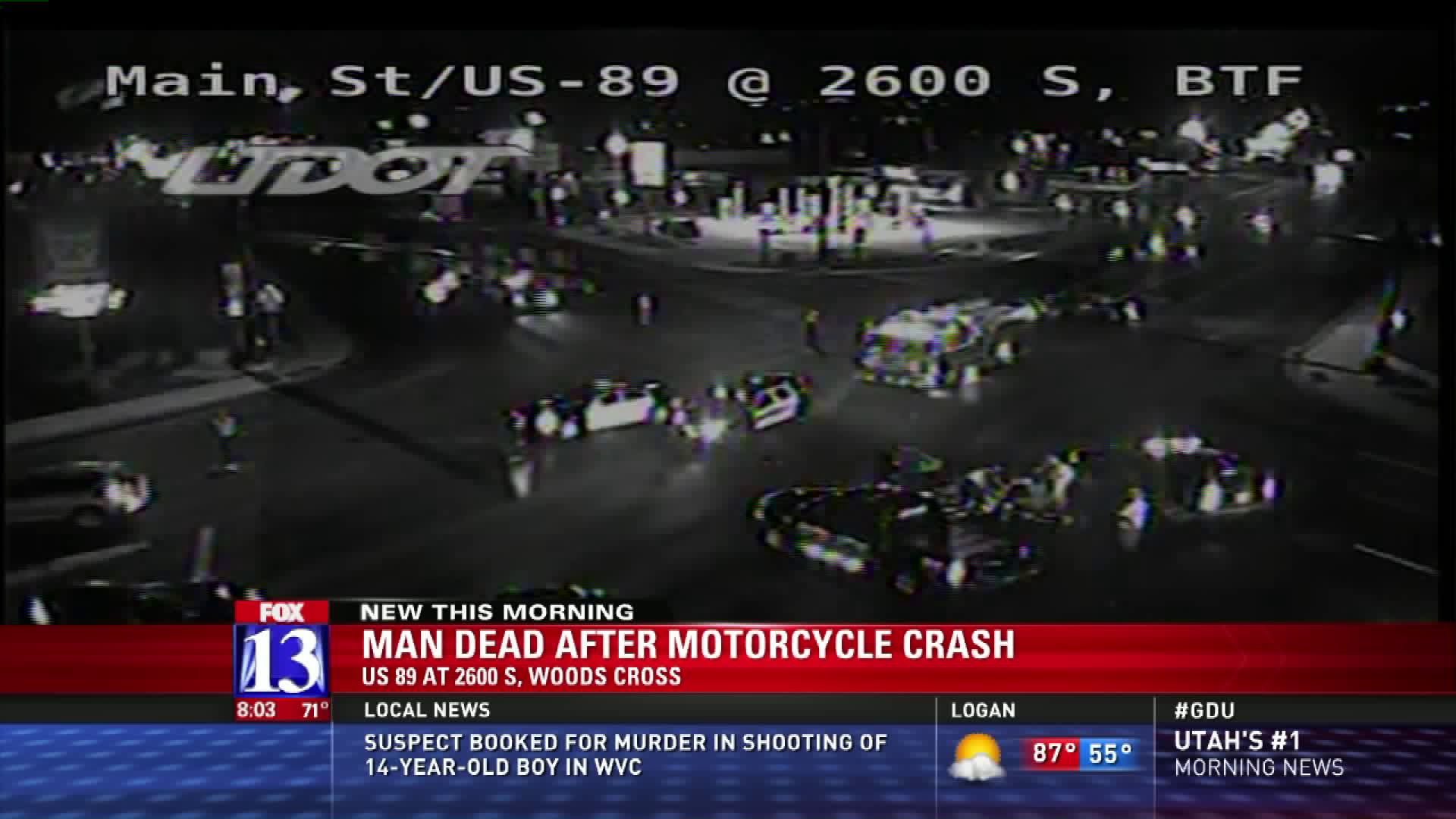 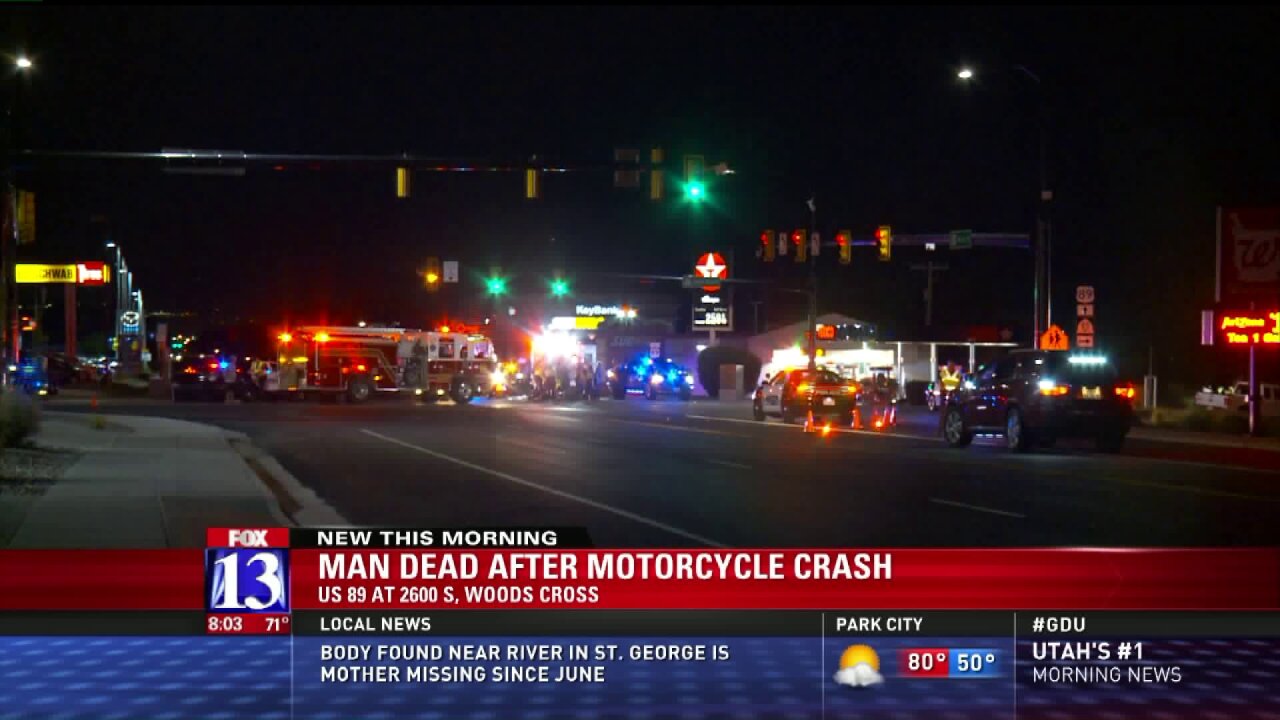 WOODS CROSS, Utah — Police in Woods Cross are working to determine what happened in the moments leading up to a fatal motorcycle crash Wednesday night.

The crash happened around 10 p.m. at the intersection of Hwy. 89 and 2600 S. Police said the motorcycle driver was headed south on Hwy. 89 and collided with a truck turning west onto 2600 S.

First responders performed CPR on the motorcycle driver, but he died at the scene.

Police told FOX 13 they do not believe impairment, weather conditions or mechanical problems were factors, but they are trying to determine if speeding may have contributed to the crash.

"As far as the investigation goes, the speed on the motorcycle - we're still currently investigating that. Taking it with the evidence of the crash and the witness statements and compiling that together in the investigation," said Sgt. Dan Schultz, Woods Cross Police Department.

Officers are also checking with nearby businesses that may have security camera footage of the incident. Police said the other driver is cooperating with the investigation.