Three suspects in custody after SWAT responds in Midvale 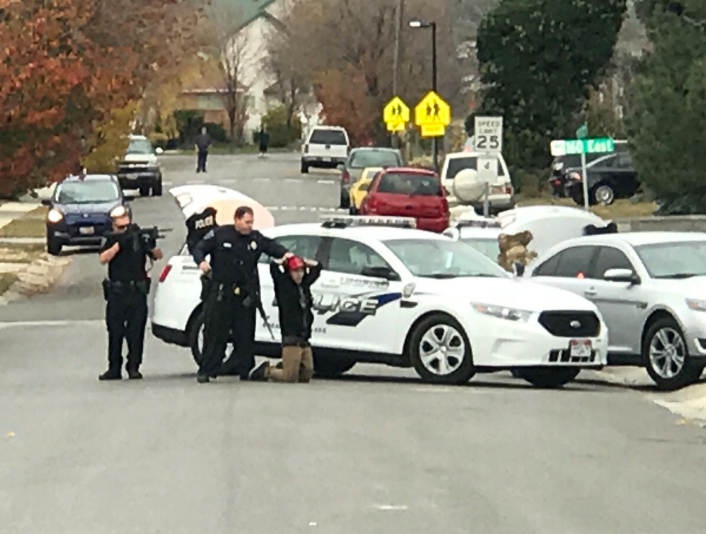 MIDVALE, Utah — Three suspects are in custody after a SWAT response in Midvale Saturday.

SWAT responded to suspects barricaded inside a building at 134 East Carlson Ave., and Unified Police first tweeted about the incident around 3:42 p.m.

About 15 minutes later police stated the suspect was taken safely into custody, later stating a total of three arrests had been made “after peaceful surrender.”

Later Saturday police said 23-year-old Richard Tycksen and 25-year-old Bryan Gaudio were booked into jail on charges of aggravated robbery. The third individual taken into custody has not yet been identified.

Unified Police say the suspects were wanted for an armed robbery attempt that occurred near 32 East in 7200 South on Monday. Police say one of the suspects in that case brandished a firearm at the victim while attempting to steal a bike. The gun was brandished during the suspect’s second attempt to steal that bike that day.