In Salt Lake County, between 11 and 13.5 inches have fallen. Draper saw the most with 13.5 inches, while areas like Salt Lake City, West Valley City and West Jordan saw 12 inches.

About 5.5 inches have fallen in Provo since the storm began, and Cedar Hills and Orem have both received 4 inches. Lesser amounts fell in Spanish Fork and Lehi.

Logan, Richmond and Providence have seen about 3 inches of snow, with about 2.5 inches in North Logan.

Summit Park in the Wasatch Mountains has received 17 inches of snow so far, and mid-bowl at Snowbasin is measuring in at 10 inches Saturday.

According to the National Weather Service in Salt Lake City, areas like the airport nearly doubled their season total overnight. Before last night they saw 8 inches of snow in total, up to nearly 18 inches total after the Friday night storm.

As of yesterday, the Salt Lake City Airport had 8 inches of snow for the entire season. Just measured outside and our snow total for this storm is 7.9. We've nearly doubled our snow for the season in one storm. #utwx

Other areas of the Wasatch Mountains didn’t quite see a foot but had nothing to complain about when they woke up to totals like 10 inches at Snowbasin or 8 inches at Powder Mountain.

According to Fox 13 Meteorologist Brek Bolton most ski areas received at least half of foot overnight.

Winter weather warnings are still in place for much of the state as this seasonal snowfall continues.

*Updated 10 AM* Curious how much additional snow you can expect at your location? Check out the map for more information. #utwx pic.twitter.com/jTcCoMyeJb

You can find a full report by the National Weather Service here to find exactly how much snow you received.

Stay on top of the weather with the Fox 13Now App:

Here’s a look at some of the pictures sent in by Fox 13’s amazing viewers! 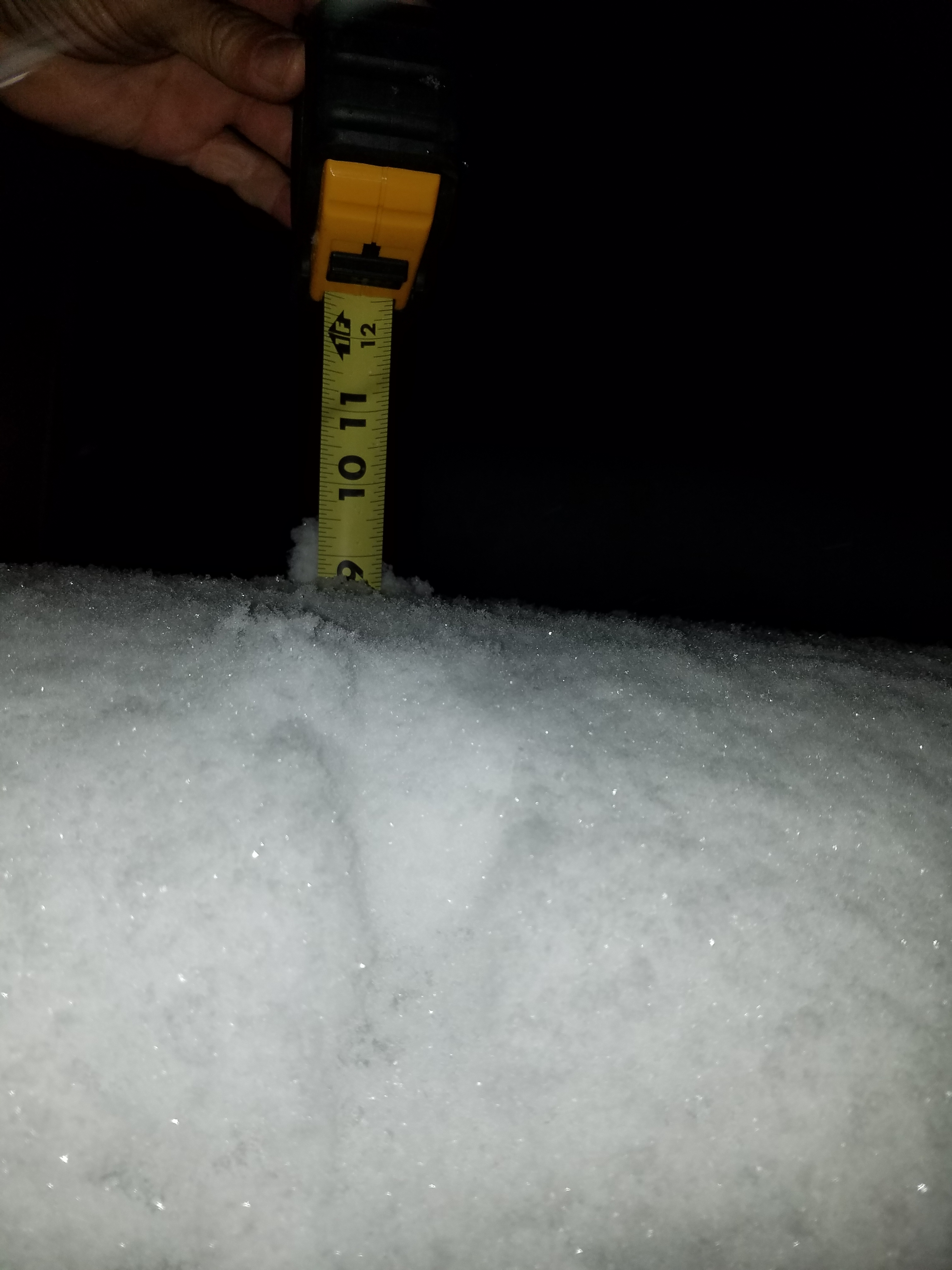