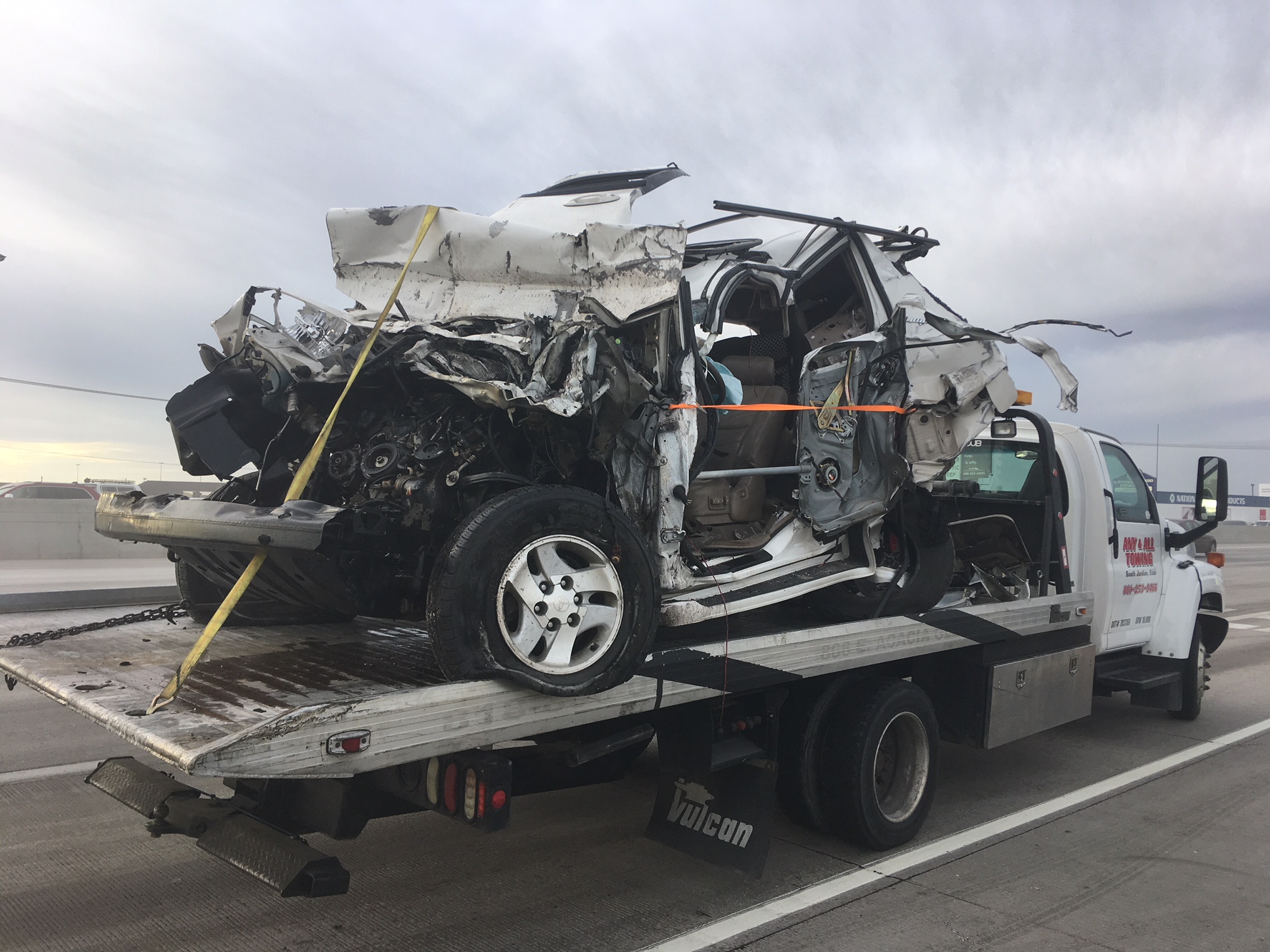 UPDATE: As of just after 5 p.m., two northbound lanes have re-opened. Crews remain on scene cleaning up oil and gas.

SALT LAKE CITY, Utah — One person is in serious condition and several lanes of northbound I-15 are closed near 3300 South after several crashes in the vicinity Friday.

Sgt. Brady Zaugg of the Utah Highway Patrol said there were several crashes on northbound I-15 near 3300 South. Fox 13 News first heard report of the crashes around 3:30 p.m.

Zaugg said one of the crashes involved a semi-trailer and a large van. One person had to be extricated from a vehicle involved in a crash, and that person was taken to a hospital in serious condition.

The crash also caused a hazardous material spill and crews were on scene and still cleaning up as of just before 4 p.m. Zaugg said the HOV lane and the shoulder are the only northbound lanes open in the area, and those lane closures are expected to remain in place for some time as clean up continues.

No further details about the crashes or the specifics of the hazardous material spill were immediately available. Fox 13 News will update this story as more details emerge.