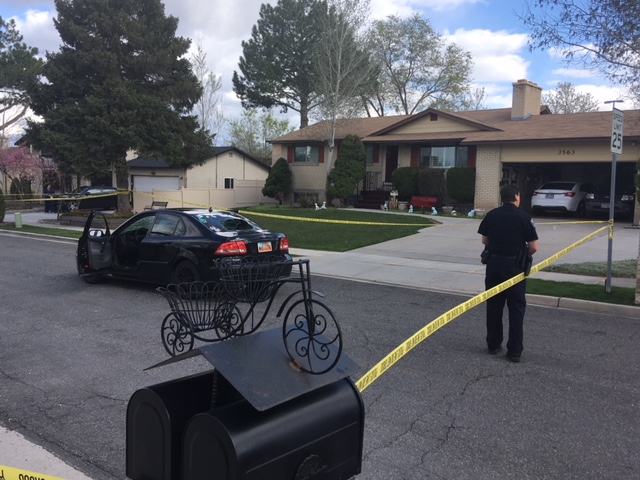 West Valley City Police at the scene at 3500 West near 4650 South say things began around 4:40 p.m. with several calls about an argument outside of a home.

Those reports of an argument were followed by reports of shots fired.

Police responded and found an adult male victim who suffered gunshot wounds to his shoulder and chest.

The suspect, who police say initially fled the scene, was arrested after returning to the scene. The suspect is 17 years old, police say.

Photos from the scene showed a black car stopped in the road with a door open and a smashed-out rear window. Police said that vehicle belongs to the suspect, and they aren’t sure if the damage to the car was from Friday’s incident or from an earlier situation.