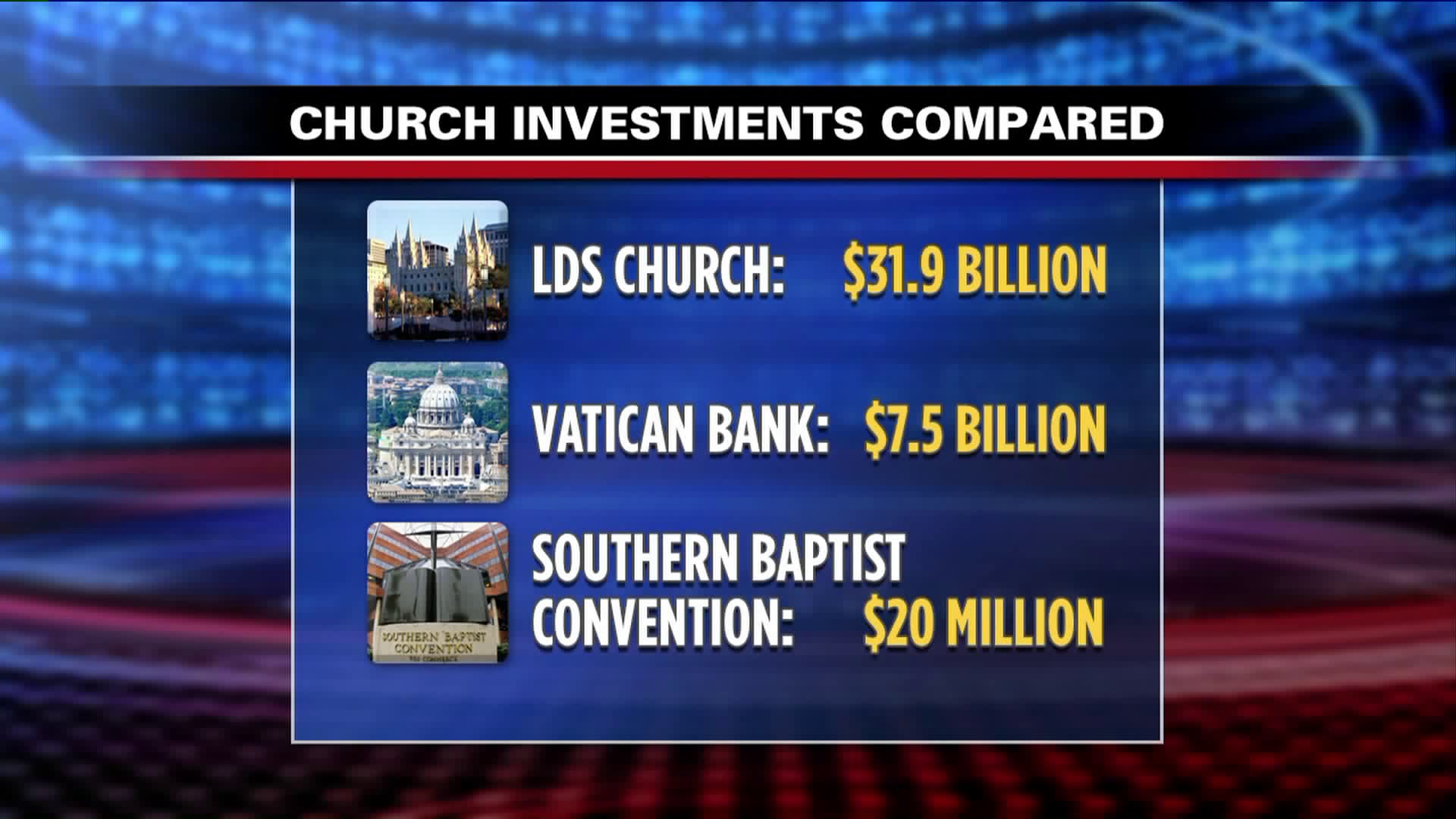 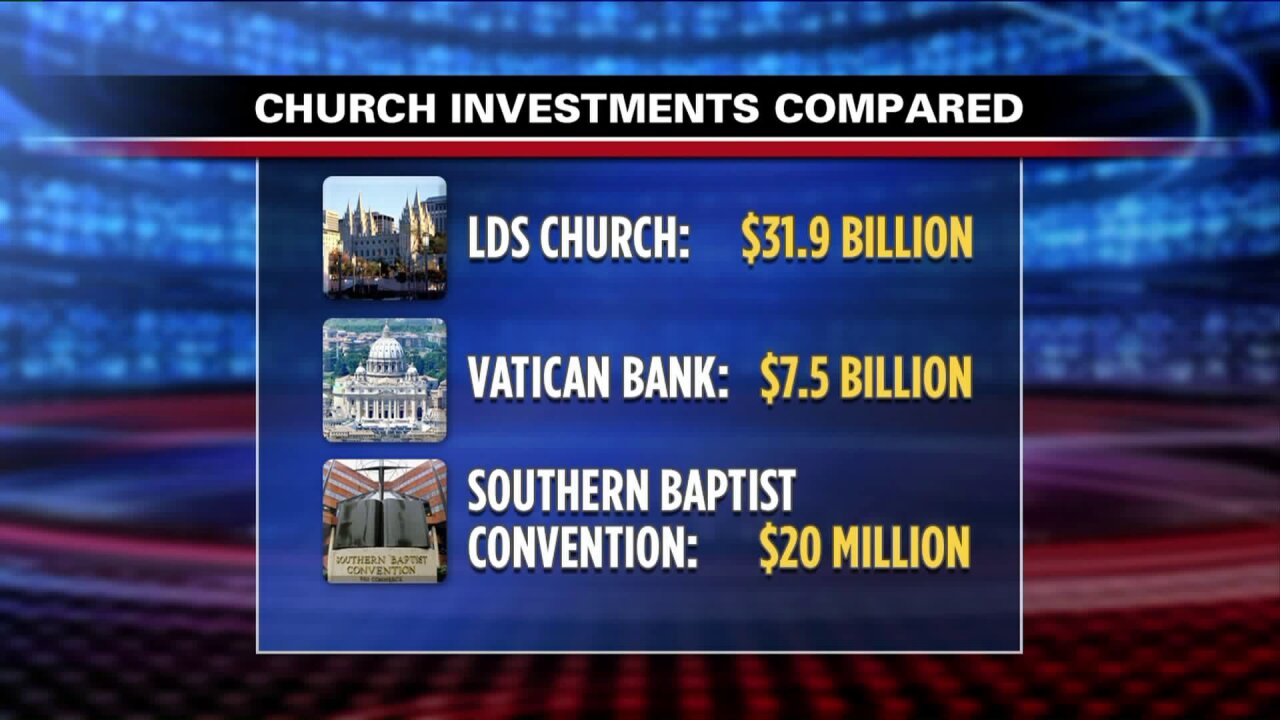 SALT LAKE CITY -- The website MormonLeaks released the results of its own investigation into investments controlled by The Church of Jesus Christ of Latter-day Saints, showing more than $32 billion held in 13 separate funds.

Fox 13 confirmed the numbers from the MormonLeaks report, but did not include one of the investment funds because it hasn't filed forms with the SEC in two years, suggesting the fund may no longer be active.

The LDS Church press office referred Fox 13 to a statement and a series of questions and answers posted on the church's official press website, mormonnewsroom.org.

Part of the statement, from Presiding Bishop Gerald Causse, talks about the similarity between the LDS approach to church-wide finances and their teaching about family budgets. In each they emphasize saving and building wealth for the future.

"In addition to food and emergency supplies, the Church also sets aside funds each year for future needs. These funds are added to Church reserves, which include stocks and bonds, taxable businesses, agricultural interests and commercial and residential property," Causse said in the published statement.

MormonLeaks linked the investment funds to the church by finding a number of internet domain names owned by Intellectual Reserve, the LDS Church's intellectual property arm.

MormonLeaks also said they also used an old church employee directory and found the names of the registered business managers in the federal filings were the same as names of employees of the LDS Church who served in finance-related positions.

Fox 13 was able to confirm the federal filings and internet domain names, but did not have access to an employee directory.

It's hard to compare finances of different churches because their governing structures and levels of transparency differ widely, but some publicly disclosed investment amounts provide perspective.

In 2012, the Vatican bank disclosed assets amounting to about $7.5 billion.

The largest protestant denomination in the United States, the Southern Baptist Convention, provides a public financial report that includes cash and investments totaling just over $20 million.

Both the Southern Baptists and Catholic Church have far larger annual operating revenue than the LDS Church, but the cash tends to flow through without an emphasis on investment.

The Southern Baptist Convention is non-hierarchical affiliation of churches sharing beliefs, but governed locally with churches operating on separate budgets.

The Catholic Church is hierarchical and may be the wealthiest organization in the world in terms of property ownership, but it also venerates the poor and views wealth cautiously as a potential stumbling block.