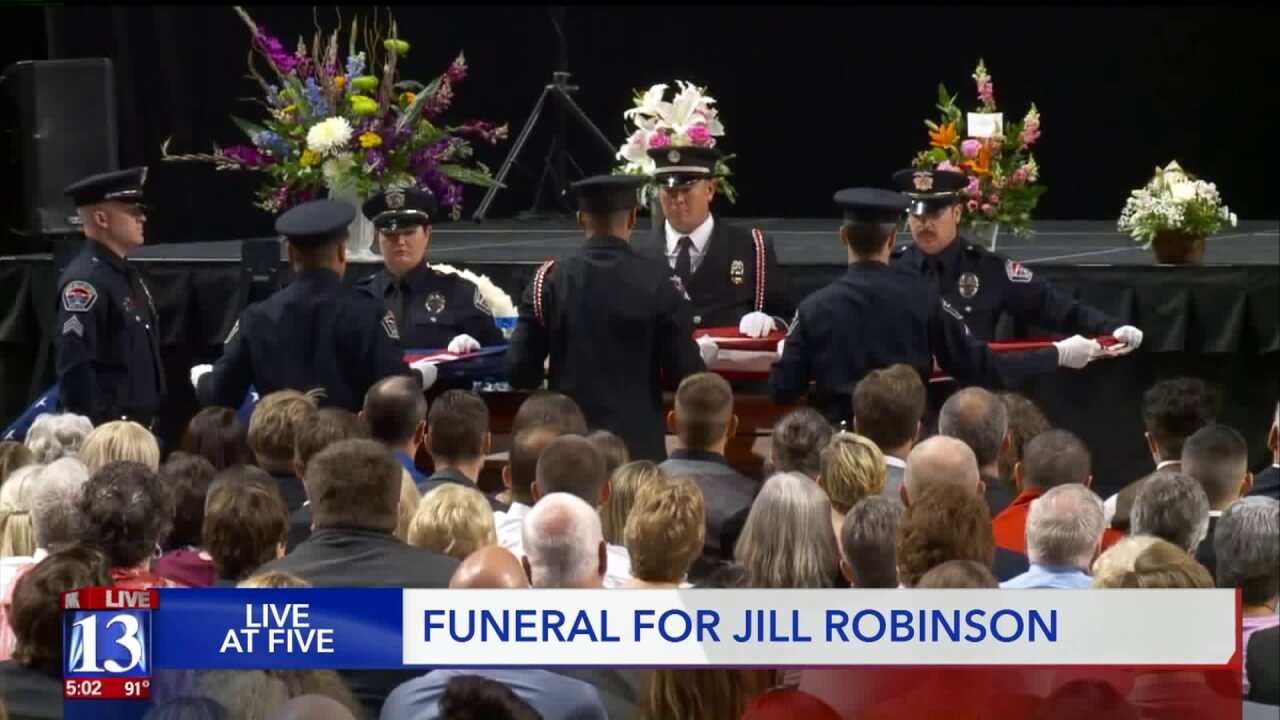 WEST VALLEY CITY -- Slain code enforcement officer Jill Robinson will be laid to rest Friday, and the community gathered at the Maverik Center to honor her memory.

At the funeral, family members shared how Robinson loved to be outside, and loved to be with her animals.

“I’m going to have a hard time, because she was so full of life.” Julie Robinson Egelund, Robinson’s older sister said. “She loved to do anything and everything. You suggest it, she went through it.”

One of Robinson’s daughters remembered her favorite thing was getting hugs from her Mom. She said, they were her mom’s way of staying with them when she had to go.

Robinson’s four children stood at the podium together devoting their love to their mother. “We will never stop trying to make you proud,” they said. “We love you.”

The funeral service for Robinson can be viewed in the player embedded above.

Robinson, who had recently celebrated 10 years of service with West Valley City, was passionate about her work.

"She always wanted a position where she could make a difference in the community," Robinson's daughter, Katie Merrill said.

Her colleagues said Robinson volunteered enthusiastically and often at community events to educate the public.

"She was almost instantly looked up to as someone who knew what she was doing," said Layne Morris, West Valley City Community Preservation Department Director. "[She] had made a conscious decision, that this is what she wanted to do with her life."

Outside of work, Robinson's daughters said the mother of four enjoyed spending time with her two young grandsons-- Izac, 2 and Zayne, 9 months.

"They were her entire world," Merrill said.

Utah Gov. Gary Herbert has also ordered all flags at Utah State facilities be lowered to half-staff in honor of Robinson Friday from sunrise to sunset.

A man is facing a charge of murder in her death, as well as charges for arson for setting her vehicle and a nearby home ablaze.