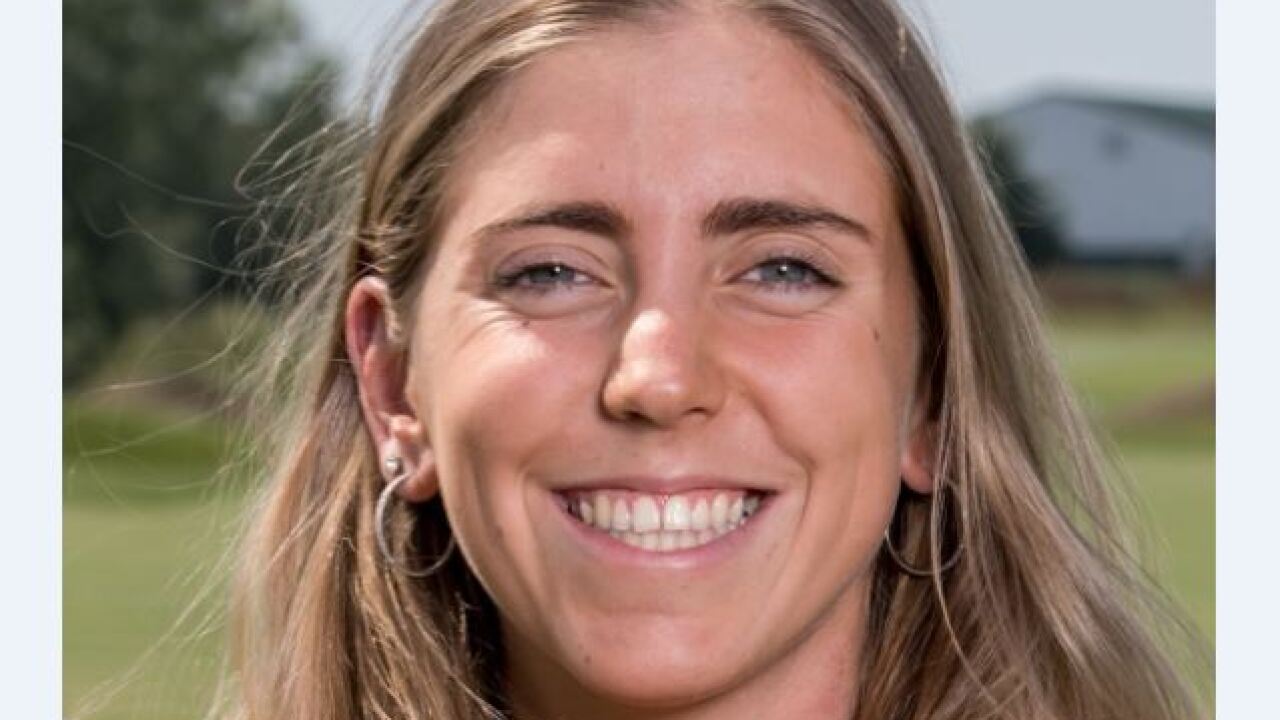 The body of Celia Barquín Arozamena, 22, was found Monday in a pond “some distance” from an unattended golf bag at Coldwater Golf Links in Ames, police said.

Police have charged Collin Daniel Richards, 22, with first-degree murder. Commander Geoff Huff said Richards is homeless and has been living in nearby woods.

‘An urge to rape and kill’

While they investigated the scene Monday, police spoke with a man who knew Richards and asked them, “What did he do to her?” The man told police that Richards had told him recently “of having an urge to rape and kill a woman,” an affidavit filed in court says.

Police found Richards at a homeless camp. He had “fresh scratches on his face consistent with fighting,” the affidavit says. He also was trying to hide a deep cut on his left hand, which he tried to bury in the ground.

In Richards’ backpack were bloodied clothes and a knife, the document says.

Huff said police don’t know of any relationship connecting the suspect and the victim. He said police have had “past encounters” with Richards but that he did not know details, or any information about Richards’ criminal record.

Barquín was golfing alone, and the strange site of an abandoned golf bag led to the discovery of her body, Huff said.

She was named Iowa State Female Athlete of the Year. She won the 2018 Big 12 championship, an annual tournament contested between 10 leading US sports universities, and was crowned European Ladies’ Amateur champion in July.

She was described as “one of the most accomplished players in Cyclone golf history,” in reference to the name for the university’s sports teams.

“Celia was a beautiful person who was loved by all her teammates and friends,” said Christie Martens, Iowa State head women’s golf coach.

“She loved Iowa State and was an outstanding representative for our school. We will never forget her competitive drive to be the best and her passion for life.”

Born in Puente San Miguel, Spain, Barquín was completing a degree in civil engineering and was described by Iowa State director of athletics Jamie Pollard as “a spectacular student-athlete and ISU ambassador.”

“Celia had an infectious smile, a bubbly personality and anyone fortunate enough to know her was blessed,” Pollard added.

Barquin competed in the 2018 US Women’s Open in June as an amateur.

“This is a tragic and senseless loss of a talented young woman and an acclaimed student athlete,” said Dr. Wendy Wintersteen, Iowa State University’s president.

“We mourn with her family and friends in Spain, her teammates here and all who knew her. On behalf of the entire Cyclone family, I extend our deep condolences to Celia’s family and her many friends and teammates at Iowa State. We are deeply saddened.”

Fellow Spaniard Sergio Garcia, a star on the men’s PGA and European tours, said on Twitter that he was “heartbroken” by Barquín’s death. “I had the pleasure of meeting her and I know she was a special person,” he said.