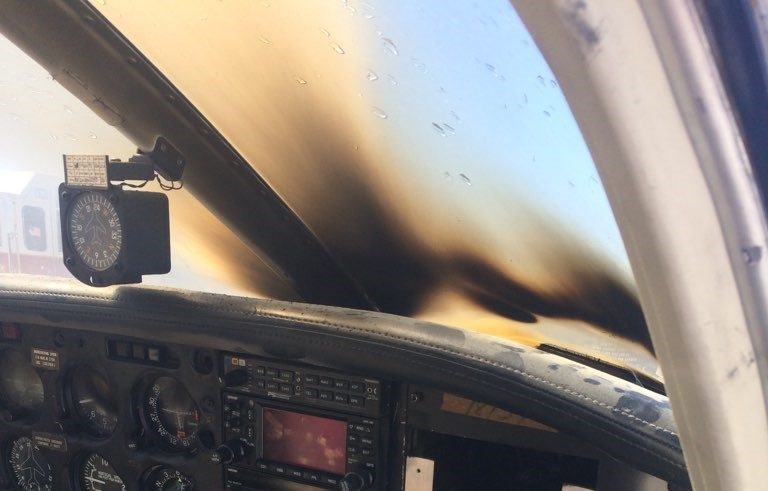 SPANISH FORK, Utah — There were no injuries reported after a small fire ignited in a small aircraft that landed at Spanish Fork-Springville Airport Friday.

As the plane landed, those aboard noticed smoke coming from the dashboard area of the cockpit. The pilot pulled the plane off the runway and called emergency responders.

Crews contained the fire to the firewall area between the dash and the engine compartment. The fire is believed to have sparked due to an electrical issue of some sort.

The fire caused some damage to the windshield and dash area, but no injuries were reported.