Update: the suspect has been identified. Roy City Police announced via Facebook that the “person of interest” contacted the department himself.

ROY, Utah — The Roy City Police Department is asking for the public’s help in identifying an assault suspect.

The man assaulted an elderly man in the Country Meadows Trailer Park, according to a Facebook post by the department. Photos of the suspect show him wearing a blue baseball cap and a blue t-shirt with an American flag graphic. He was driving a dark-colored Chevrolet pickup truck with Nevada plates.

The department also included a message to the suspect himself:

“If this is you, please call us,” the Facebook post read. “Otherwise your friends will see this and call us, we like to cut out the middle man.” 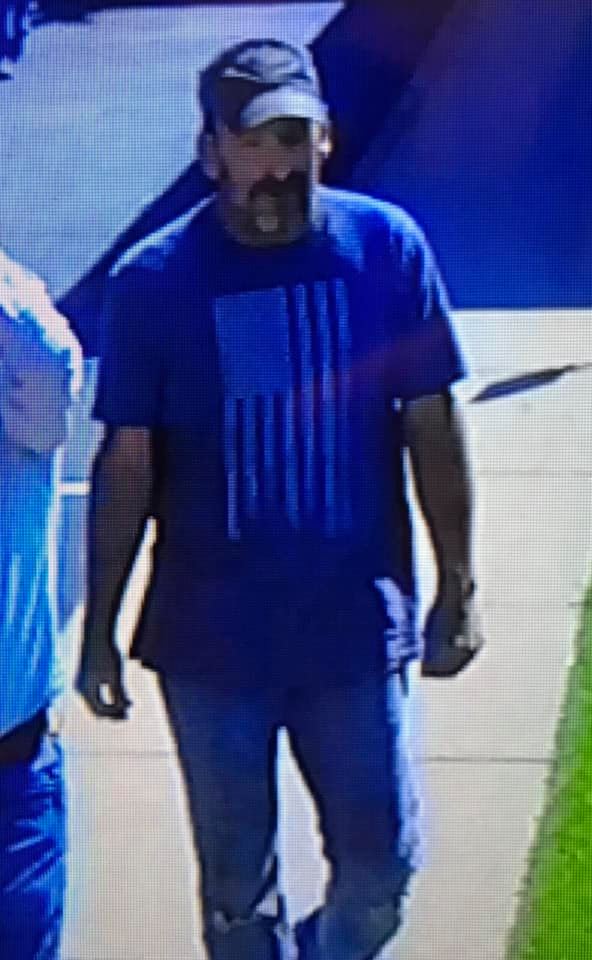