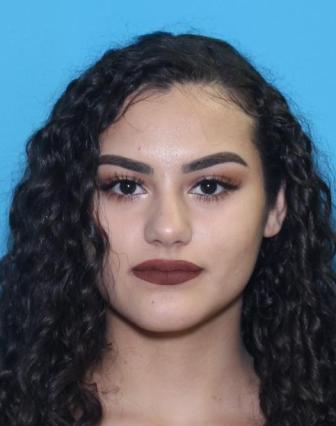 UPDATE: The Amber Alert issued for 17-year-old Sandra Janet Rios-Chavez has been canceled.

Authorities state the girl has been located but did not provide specific details about her condition.

The man accused of kidnapping her, 18-year-old Rodriguez Perez, has also been located.

As of about 6:30 a.m. MT both persons were being interviewed by authorities.

SURPRISE, Ariz. — Police believe the individuals in an earlier Amber Alert are now in Arizona.

FOX 10 Phoenix reported that Miguel Rodriguez-Perez’s phone was pinged in Kingman, Arizona. In nearby Surprise, police found a car matching the description in the Amber Alert, but it was vacant.

The Amber Alert system was activated Monday afternoon in Jerome County, Idaho for a missing 17-year-old girl who is believed to be in danger.

Police believe 17-year-old Sandra Janet Rios-Chavez may have been forcibly kidnapped from a Wendy’s restaurant at 2816 South Lincoln Ave in Jerome, Idaho on Sunday around 6 p.m. Police said she may be wearing her Wendy’s restaurant-issued uniform.

According to the Amber Alert news release, Rios-Chavez may have been forcibly kidnapped by Rodriguez-Perez, 18, who is known to drive a black 2015 Audi A4 4D with Idaho license plate # 2J83179. Police said they may be headed toward Las Vegas, Nevada

Call 9-1-1 if you have any information about the whereabouts of Rios-Chavez, Rodriguez-Perez or the Audi.

Rodriguez-Perez was described as Hispanic, 6 feet tall, 180 pounds, with black hair and brown eyes. He has tattoos on both arms, and it’s unknown what type of clothing he may be wearing.

Direction of Travel:  May be driving towards Las Vegas, NV.

Summary: It is currently believed that Sandra Rios-Chavez (17 years of age) may have been forcibly kidnapped by Miguel Rodriguez-Perez in Jerome County, Idaho on Sunday 05/19/2019 at approximately 06:00PM at the Wendy’s restaurant parking lot located at 2816 South Lincoln Ave in Jerome, Idaho. Rios-Chavez may be wearing her issued Wendy’s restaurant uniform. Rodriquez-Perez is known to drive a 2015 black Audi A4 with an Idaho license plate of 2J83179. He may be driving towards Las Vegas.