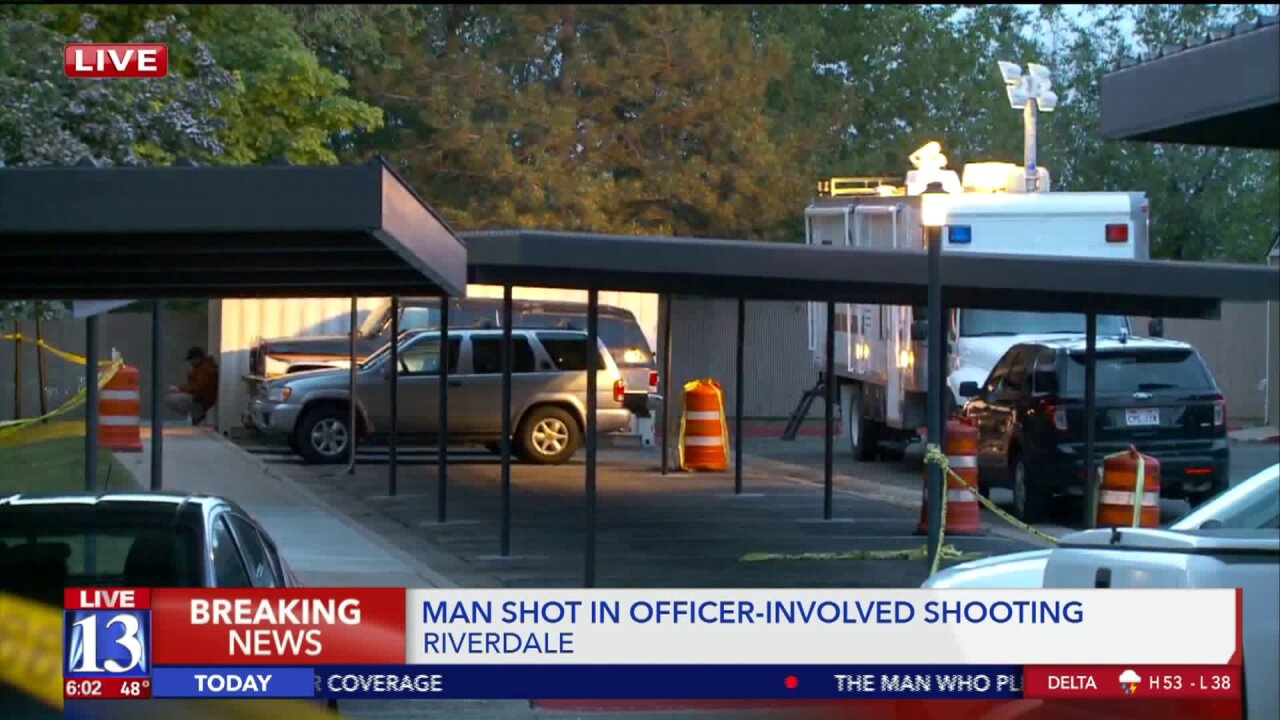 Officers attempted to peacefully resolve the situation for approximately one hour, according to a press release. The man was armed, and at one point pointed a gun at officers. They feared for their lives, the release states, and one officer fired shots, striking the man. He was taken to the hospital in critical condition. No officers were injured.