West Jordan Police say the woman pictured below withdrew several thousand dollars from one Mountain America location using a stolen driver’s license belonging to a member of the credit union, then went to another branch and did the same. Both incidents occurred June 7, police say.

She was seen driving a white car that police say was also reported stolen from Sandy before the withdrawals.

Anyone who recognizes the woman is asked to contact West Jordan PD Detective Tracy Williams at 801-414-2801 via phone call or text message. 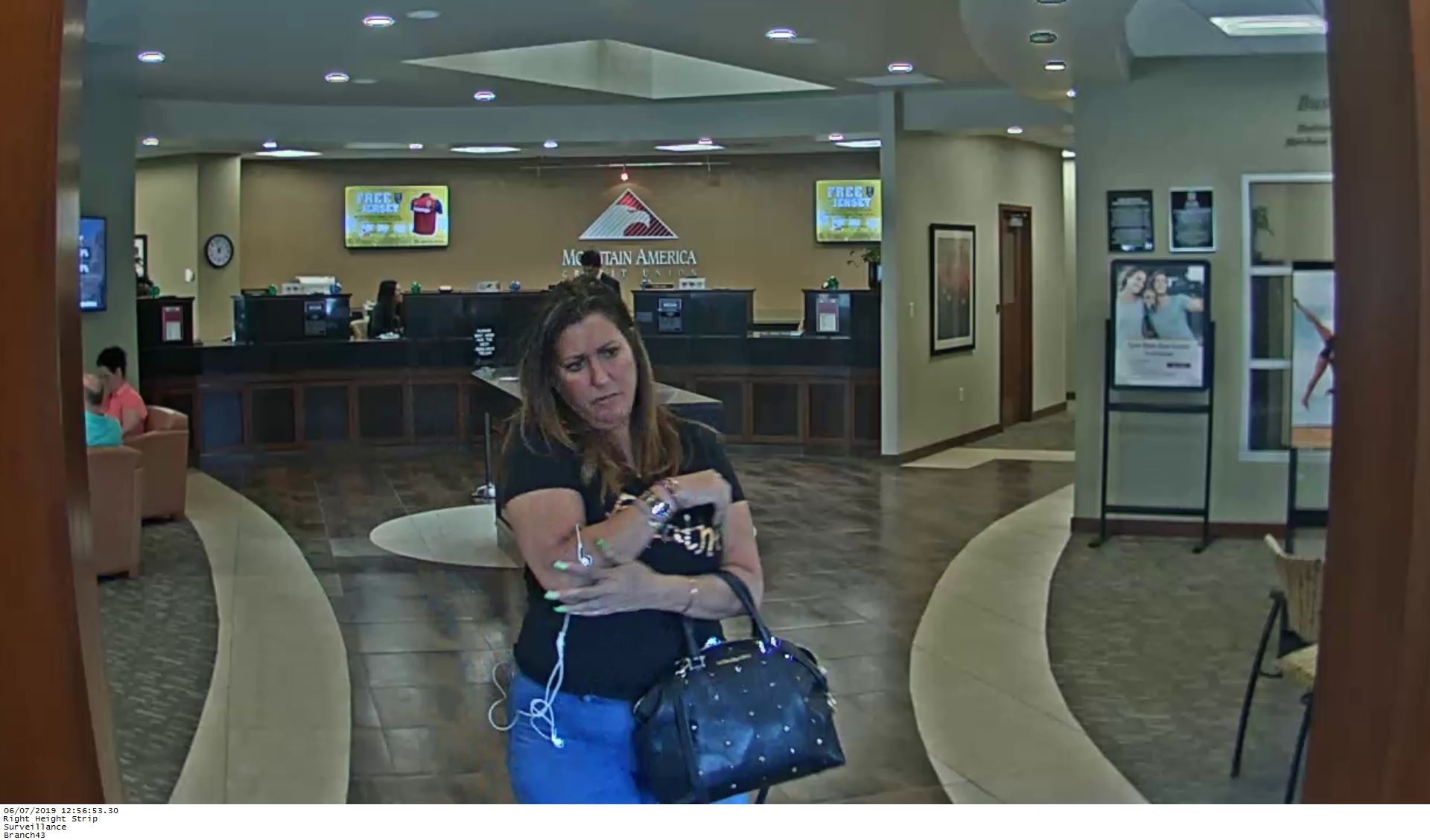