PARLEY’S CANYON, Utah — A motor home caught fire on Interstate 80 Monday afternoon, followed by a vehicle crashing into a fire engine on the scene. No serious injuries resulted from the incident.

In Parley’s Canyon near Mountain Dell Reservoir, a motor home was traveling eastbound just before 1:30 p.m. when the occupants noticed an unusual smell and smoke coming from the floorboards, according to a Utah Highway Patrol press release. The driver pulled over onto the shoulder and a fire became visible, eventually fully engulfing the driver’s compartment. Both occupants got out safely before the fire broke out.

As Unified Fire Authority crews responded and closed the two right lanes of eastbound I-80, a small SUV collided with the back of a fire truck, narrowly missing a firefighter. The 21-year-old woman driving the SUV sustained minor injuries but was not taken to a hospital.

All lanes were reopened around 3:45 p.m.

UHP troopers and UFA firefighter say they saw many drivers slowing down or stopping to look at the scene, take photos or record videos as they drove by. They ask that all drivers put down phones and pay attention to the road ahead of them when driving past the scene of an accident. 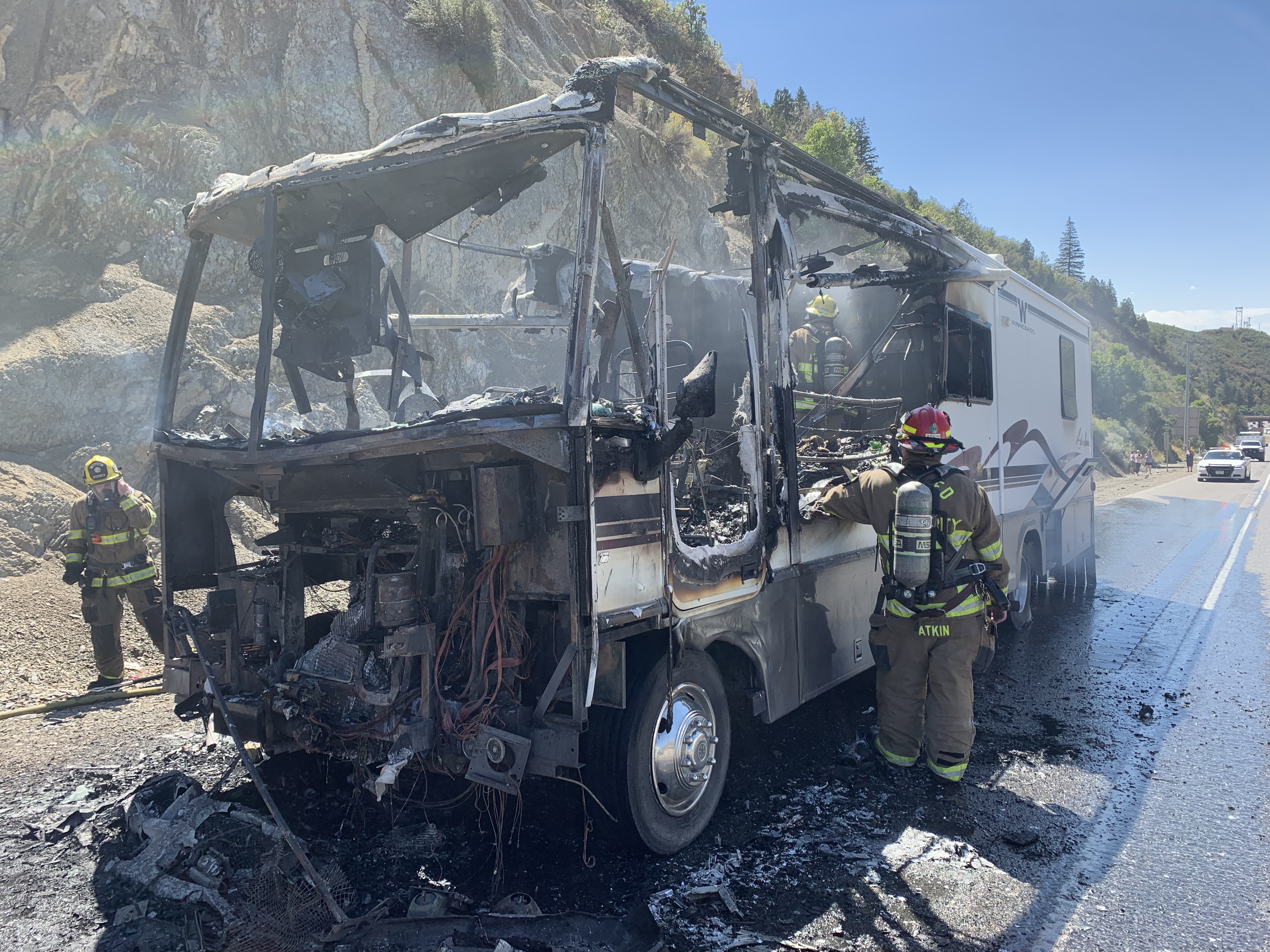