The Deer Creek Fire in Heber Valley is currently 80 acres and 5 percent contained.

CHARLESTON, Utah — A fire burning near the northeast end of Deer Creek Reservoir has closed down a section of U.S. Highway 189 in both directions near the area.

The "Deer Creek Fire," as officials have called it, has forced the closure of the highway between mileposts 25 and 27 — near the town of Charleston — as crews battle the blaze that was reported at about 3 p.m. Saturday.

Officials believe the brush fire was human-caused and estimate it at about 57 acres with 75 percent containment as of Sunday afternoon. 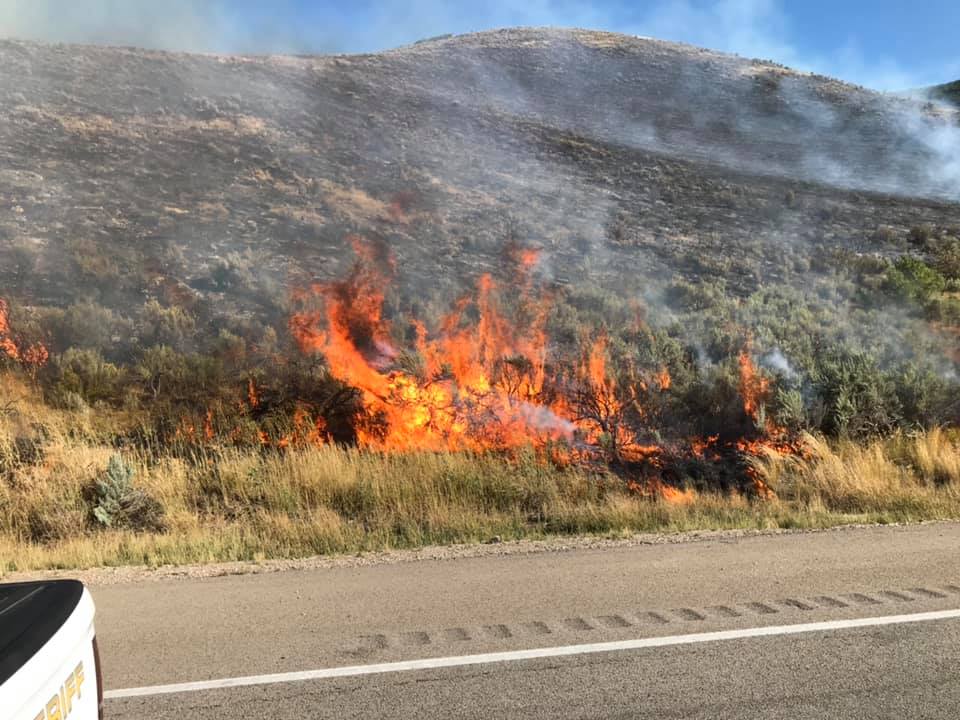