Two climbers fell while climbing routes on “Sister Superior,” a sandstone summit near Moab. Both were taken by medical helicopter from a narrow ridge at the base of a vertical sandstone wall. One was able to walk to a waiting helicopter, and the other had to be lowered to an area accessible to the helicopter.

Details on the climbers’ injuries were not specified. 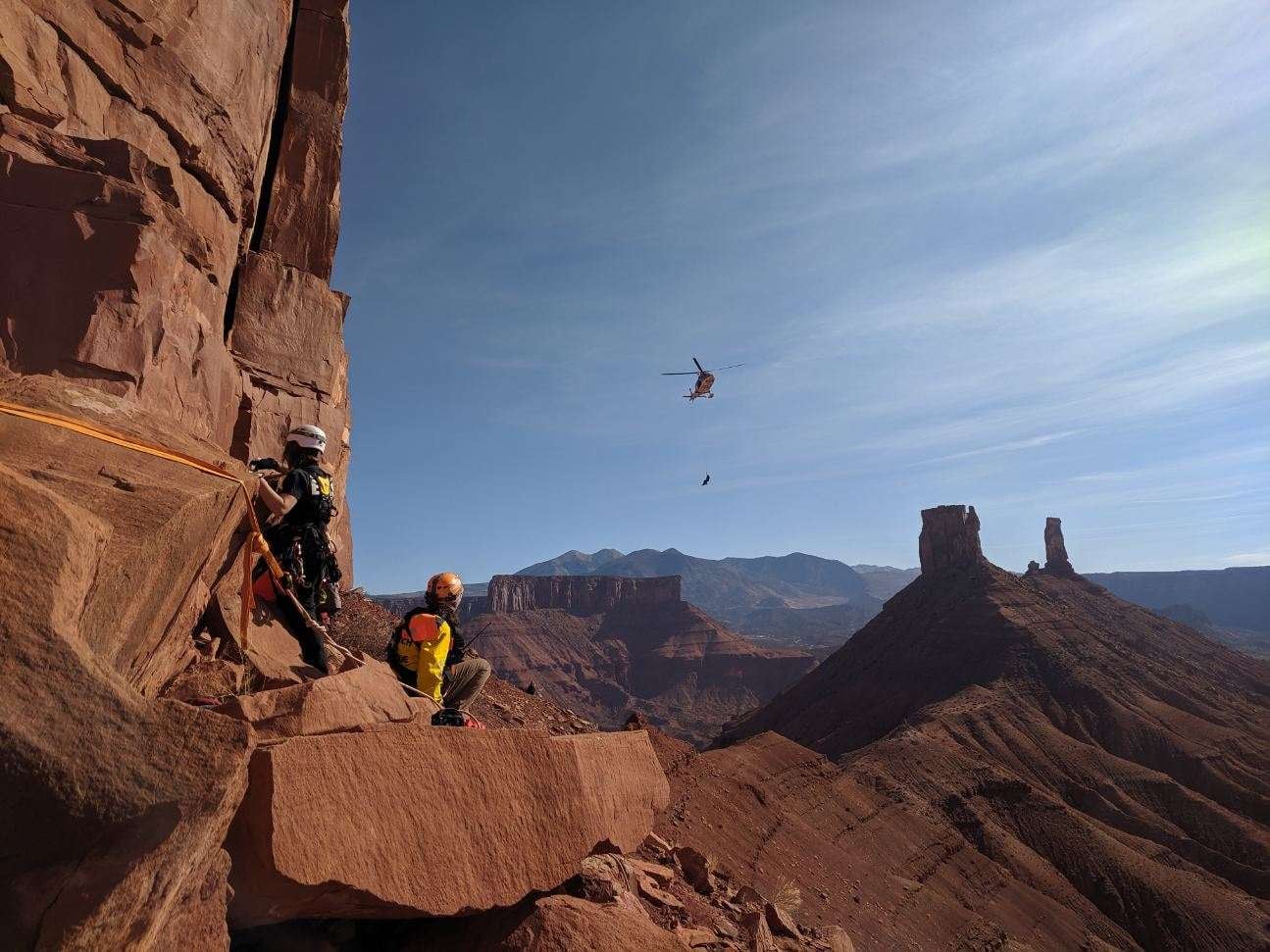