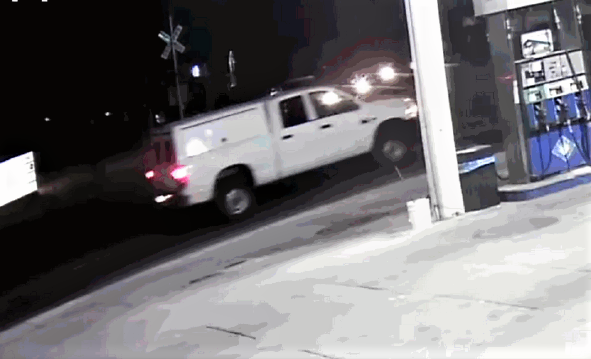 American Fork Police responded to reports of a pedestrian hit by a vehicle near 300 E. Main St. at about 8 p.m. Upon arrival, emergency responders found the pedestrian had died and the vehicle had left the scene.

“This street is dark so it is possible the driver did not realize they hit a pedestrian,” a statement from the police department read.

After gathering evidence, police believe the pedestrian was hit by a white Dodge Ram between the years of 2006-2009 with a cargo-style shell and double doors on the rear. Police believe the headlight area on the driver’s side would be damaged from the collision. Police released surveillance images, seen above, of the truck they say hit the pedestrian.

“We are asking the driver to come forward and speak with us,” police wrote.  Anyone else who may have information about the accident is asked to contact the American Fork Police Department at 801-763-3020 or Central Utah Dispatch at 801-794-3970. There is a reward offered for information leading to the arrest and prosecution of the driver.