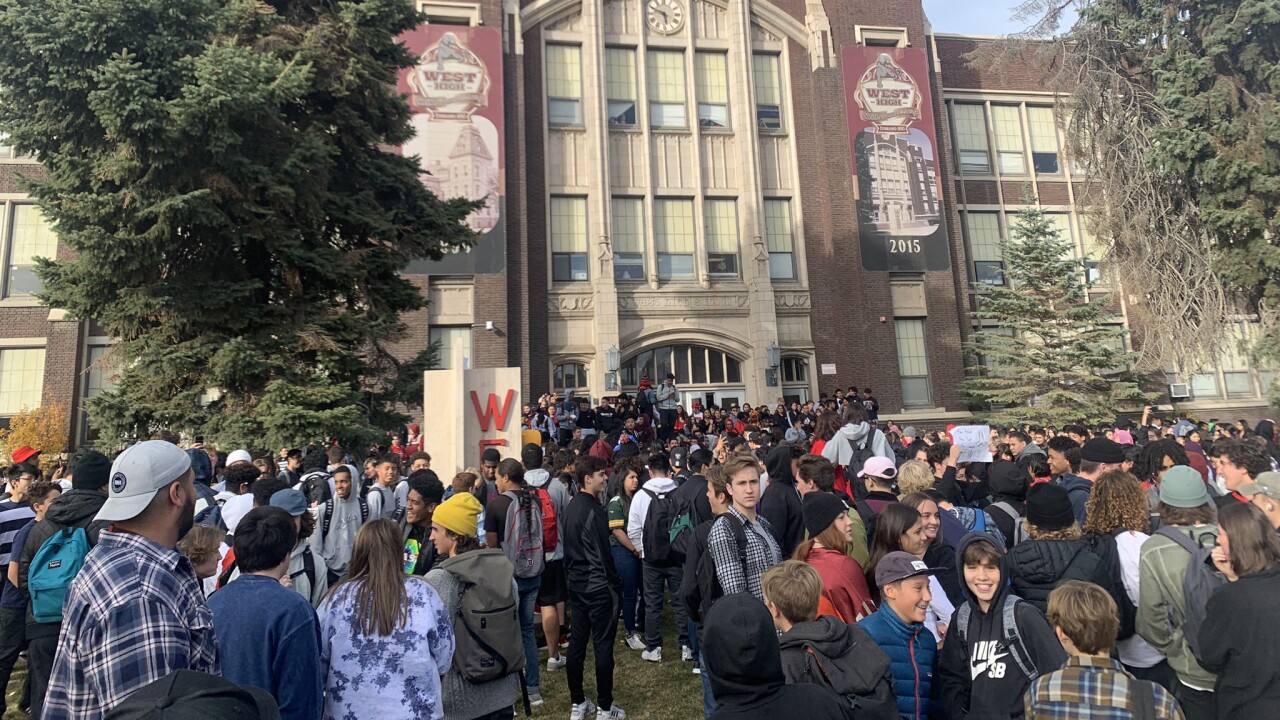 West High students hold a protest in support of Principal Ford White, who was placed on leave in mid-November.

Stacey Briggs will become the interim principal, the district announced Monday. She will begin on Tuesday.

Briggs has been working as the district’s Director of Focus Schools, helping schools “achieve targeted academic success,” the announcement read. She was previously a principal at Ogden High School and an assistant principal at Provo High School.

“I am confident Mrs. Briggs can provide strong leadership at this time. She shares my commitment to providing our West High School students with equitable educational opportunities to prepare them for a promising future,” Superintendent Lexi Cunningham wrote.

The announcement did not include any further details on the status of the investigation or White’s standing.